On and In New York 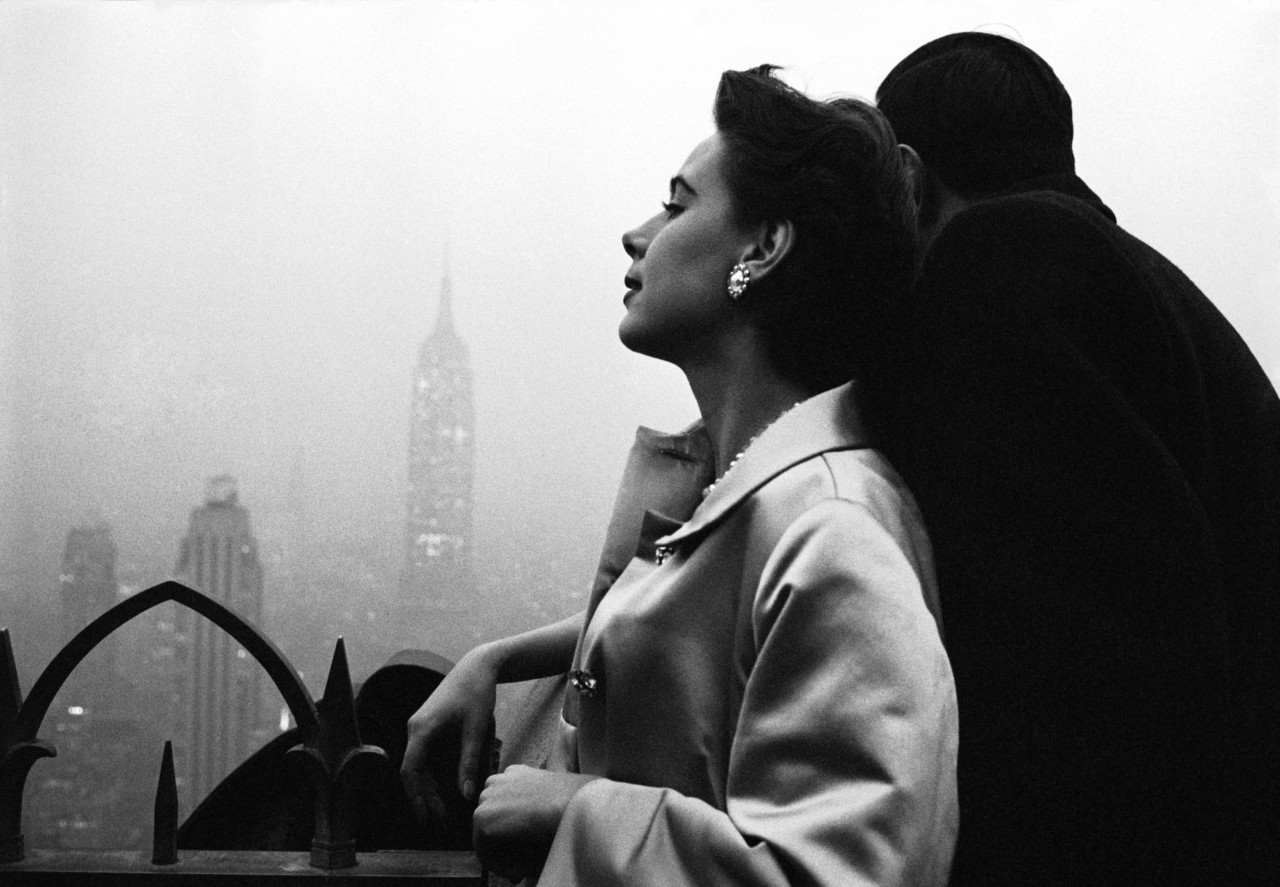 A collection of fine prints on the theme of New York was initially made available online in conjunction with a 2017 exhibition — at The National Arts Club — of the Magnum collective’s early work in the city. Below, we explore Magnum’s early history, the story of the establishment of the organization’s US headquarters, and some of the background behind the Magnum membership’s New York residents.

A newly expanded curation of Magnum fine prints on New York is available here. A wider collection of New York products including contact sheets, books and posters can be seen here.

“New York is a state of mind, it’s about vitality and taking chances and the surprise. It’s vibrant, sexy, beautiful, ugly, and depressing,” says Magnum’s Bruce Davidson on the city in which he lives – a city that has inspired some of his most iconic images. A special curation of fine prints, now available to purchase from the Magnum Shop, explores the early days of Magnum in New York and the work created then. 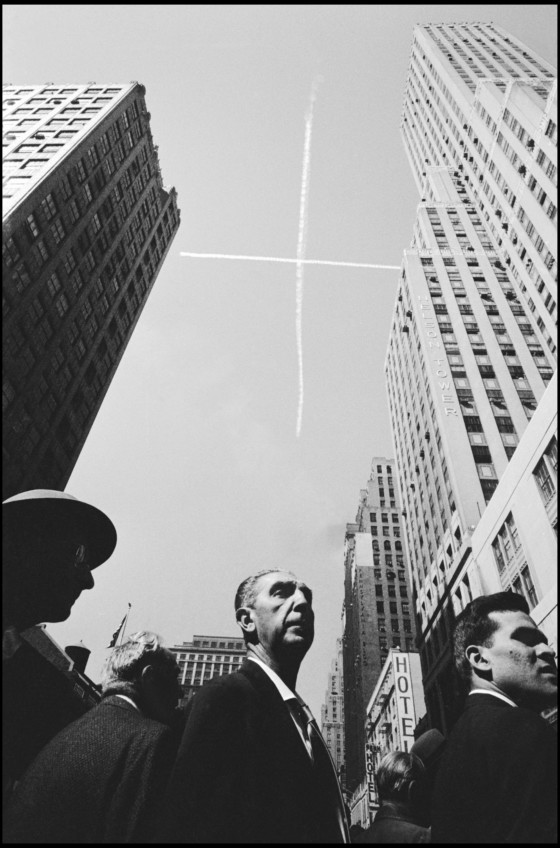 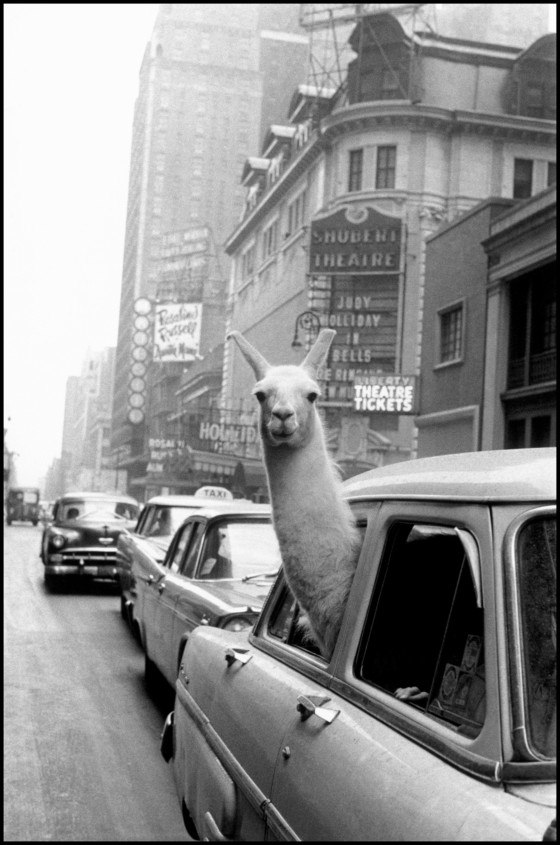 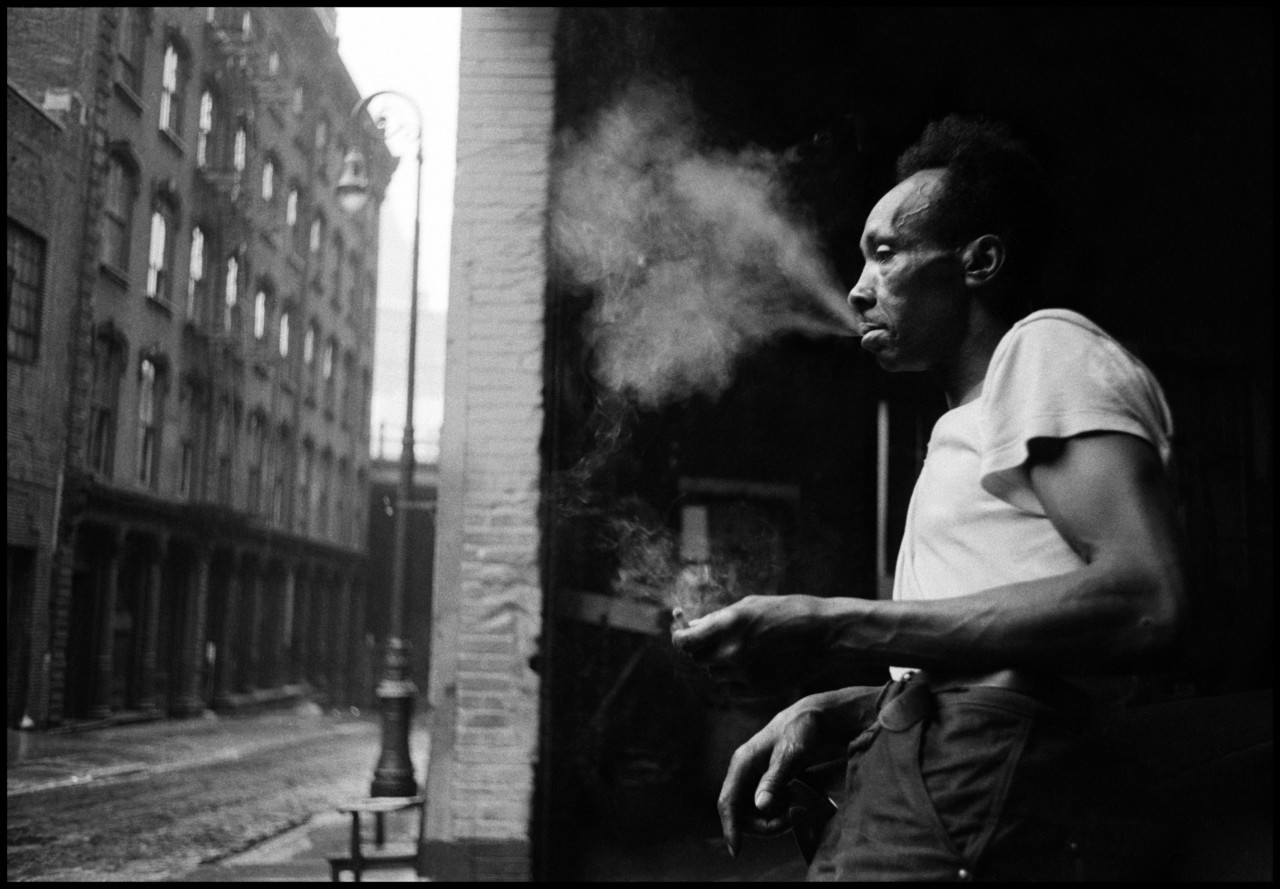 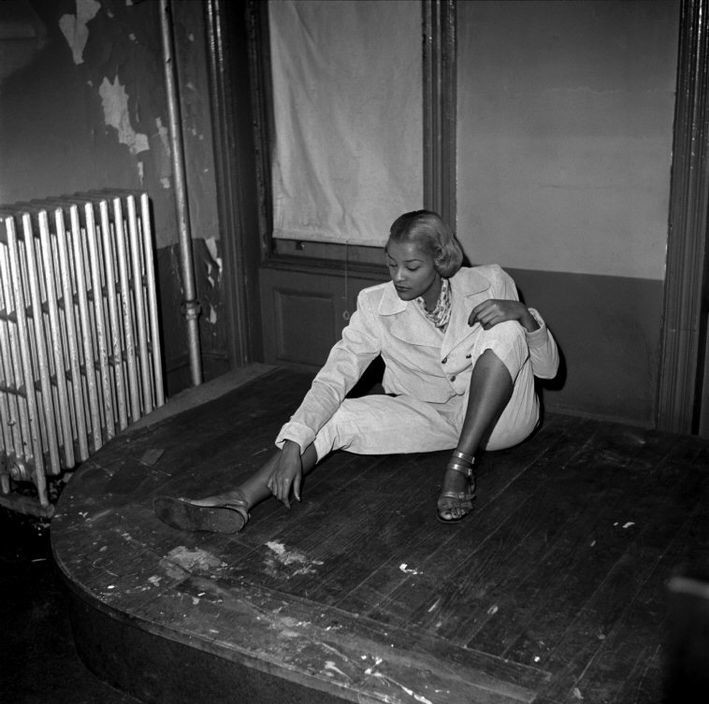 As the legend goes, Magnum Photos was founded by Robert Capa over a magnum of champagne at the Museum of Modern Art, and took its name from that particularly generously sized bottle. The New York bureau of Magnum Photos opened in 1947 at 55 West 8th Street, and was first run by Rita Vandivert, wife of photographer William Vandivert. Empty magnum bottles still adorn the office, serving as a reminder of Capa’s favourite drink. One sits on a shelf where a young Elliott Erwitt and his first wife pose with their baby daughter, in a candid early shot of the agency office by Werner Bischof – an image that features in the exhibition. 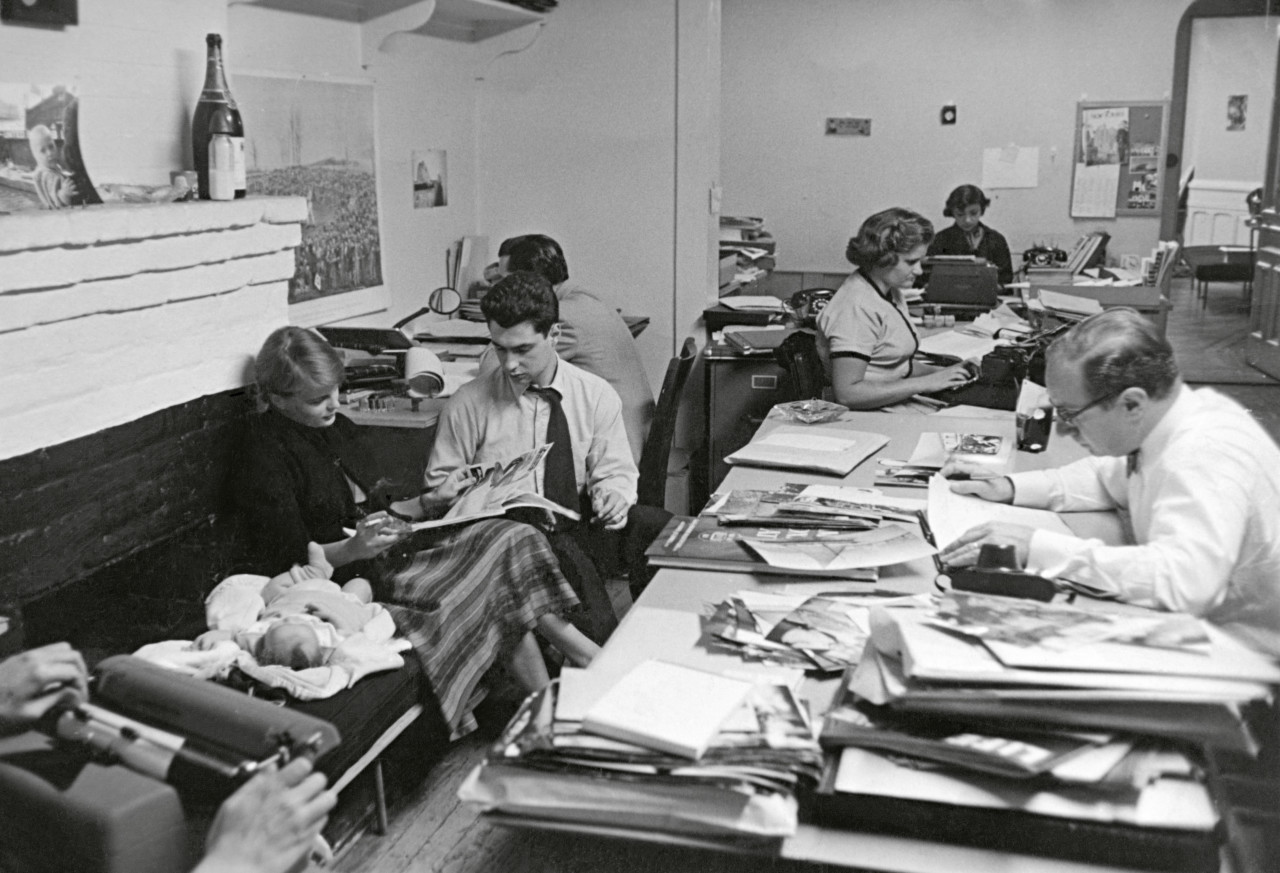 The agency’s ethos of independence, whereby photographers would reclaim copyright of their own images for their own benefit, shaped the relationship between magazines and photographers for decades to come. The membership grew in size to match its founders’ ambitions, incorporating as full members, Eve Arnold, Cornell Capa, Elliott Erwitt, Burt Glinn, Erich Hartmann and Dennis Stock in 1954, followed by Inge Morath in 1955, Bruce Davidson in 1958, and Rene Burri in 1959, amongst others over the course of that decade.

"New York is a state of mind" 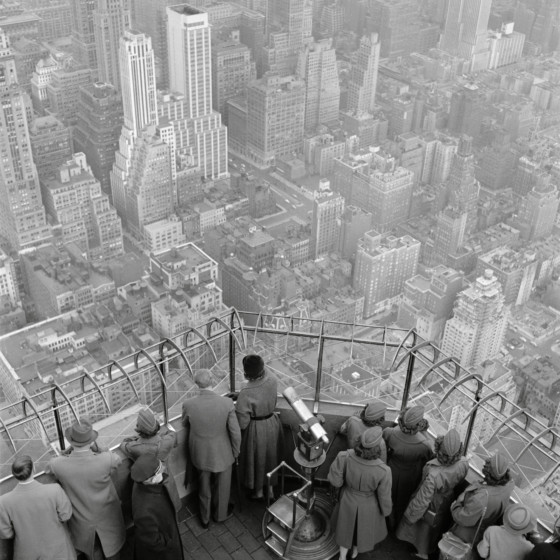 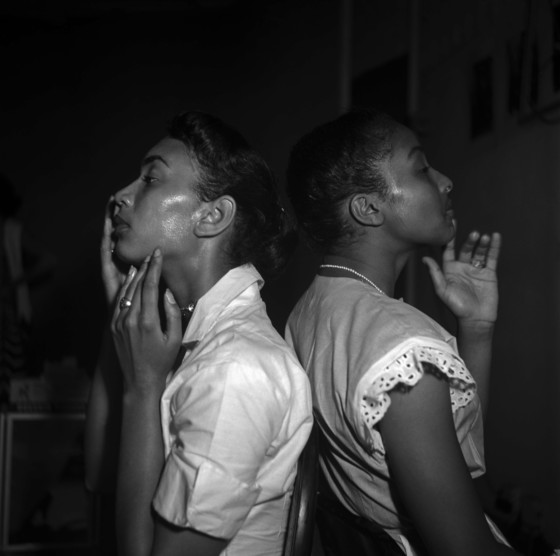 Elliott Erwitt, born in Paris in 1928 to Russian parents, himself a New York resident, has work featured in the exhibition from his early Magnum days, but also work that pre-dates his joining of the agency. His family moved to America in 1939, and the young photographer spent time in various locations, including Los Angeles, first establishing himself as a photographer in the mid 1940s, usually travelling with his father who imported antiques to sell in New Orleans. Writer Stuart Alexander muses Erwitt’s early approach as a photographer who, although showed a “mastery of various lighting situations” was sometimes “shy”. 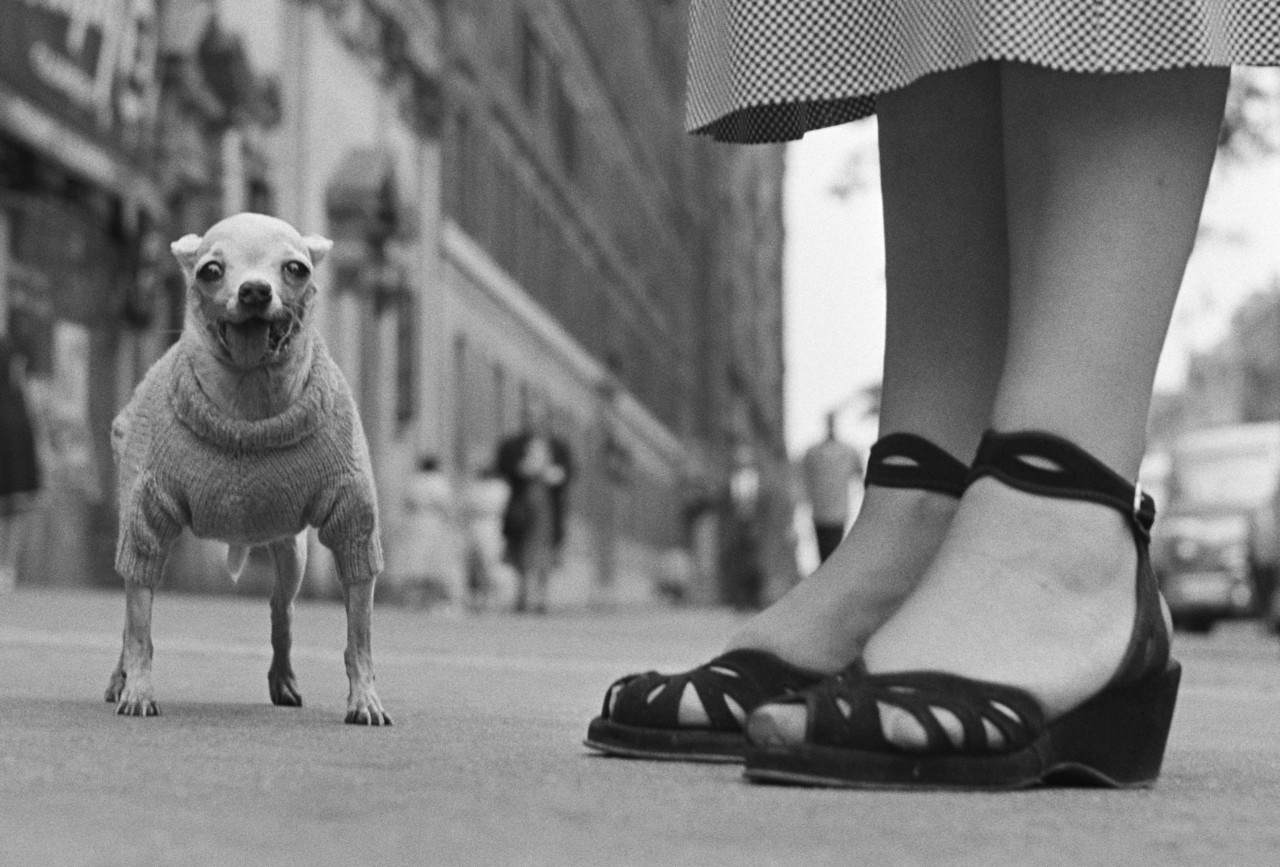 "The camera that he used to create his early pictures, a square-format, twin-lens Rolleiflex, was adapted to his disposition at the time"

“The camera that he used to create his early pictures, a square-format, twin-lens Rolleiflex, was adapted to his disposition at the time. He had to look down into the lens at waist level to see and photograph what was in front of him, and this enabled him to approach people unobtrusively. As the contact sheet with his famous picture of a Chihuahua at a woman’s feet shows, the camera could also be set on the ground to capture a woman’s feet.”

Erwitt relocated to New York fully in 1948, briefly, returning to Europe to make a film of the fifth anniversary of D-Day. In New York he sustained himself doing author portraits, advertising jobs, as well as journalistic assignments alongside his own personal projects, with the city as his base to, and, very often, featuring in his work. 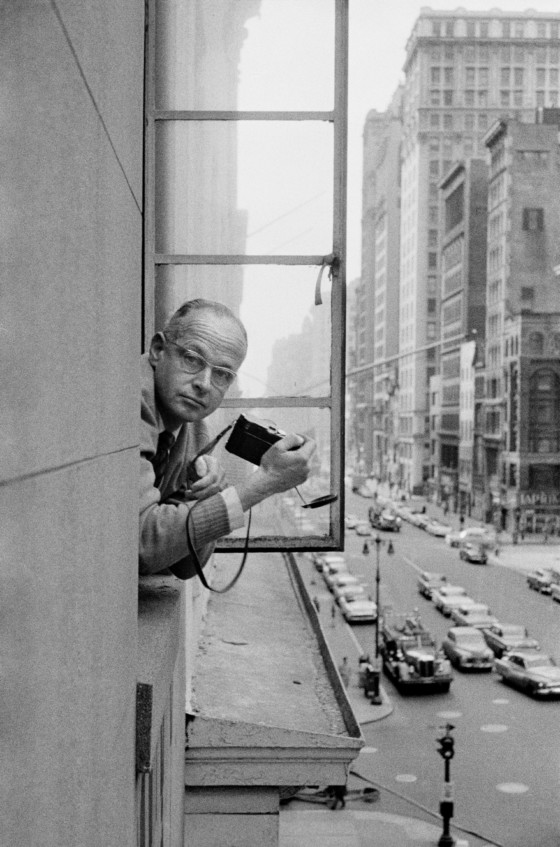 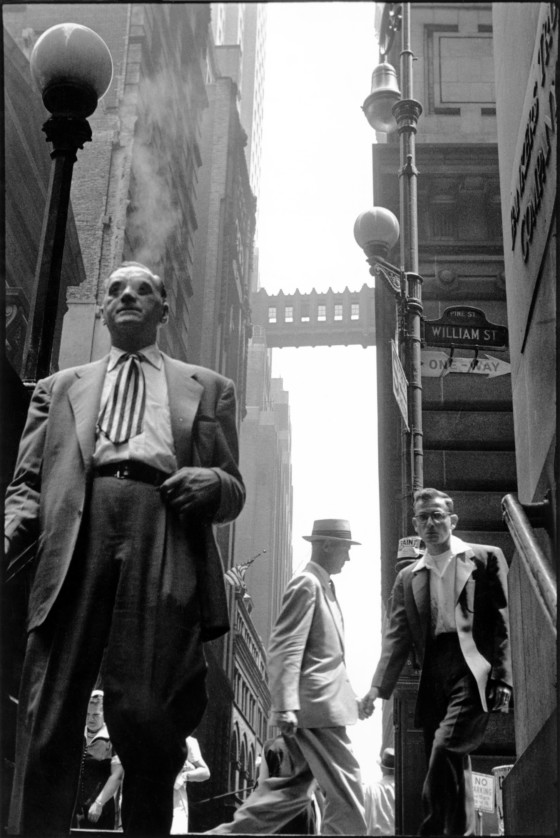 Another New York resident who would become a Magnum member over the coming decade was Bruce Davidson, who joined in 1958. He was drawn in by Henri Cartier-Bresson, who, at that time, was more of a household name than Magnum. When he was stationed in Paris as a soldier, he wanted to show Cartier-Bresson his contact sheets, so he reached out to the editor at Magnum at the time. 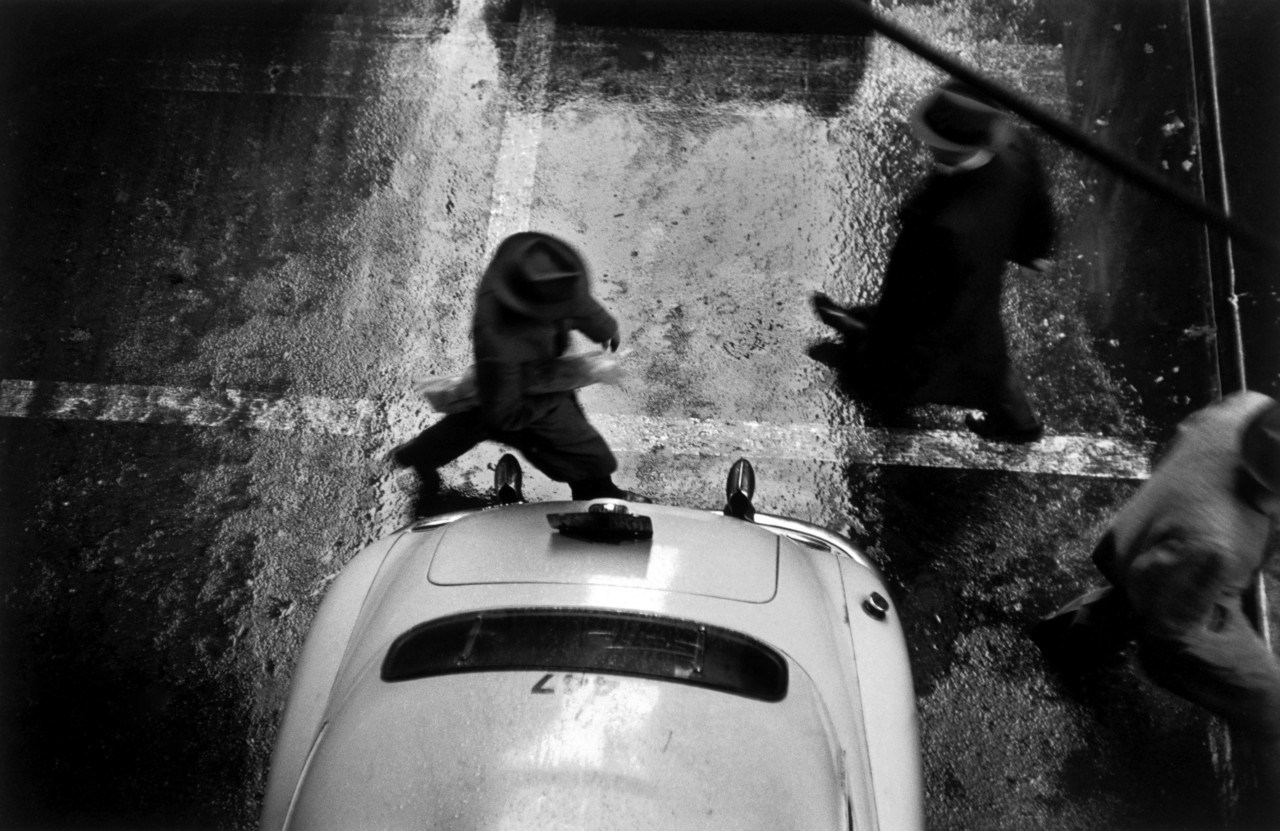 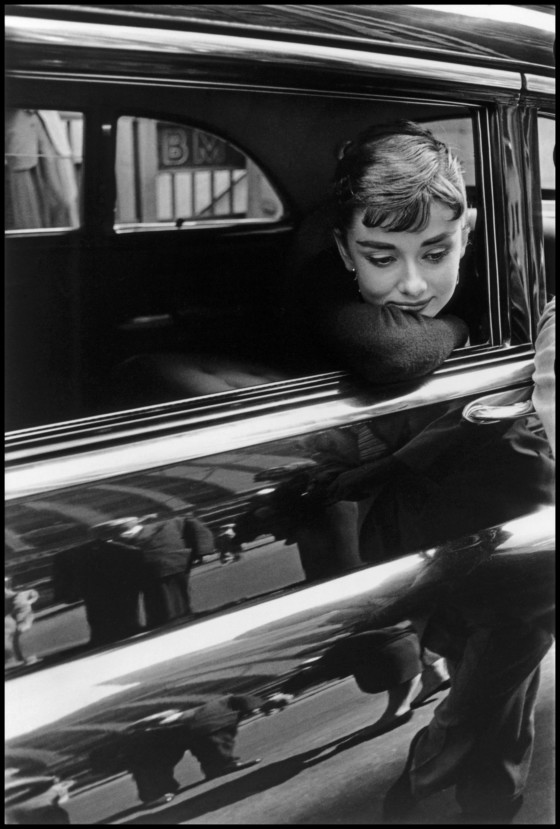 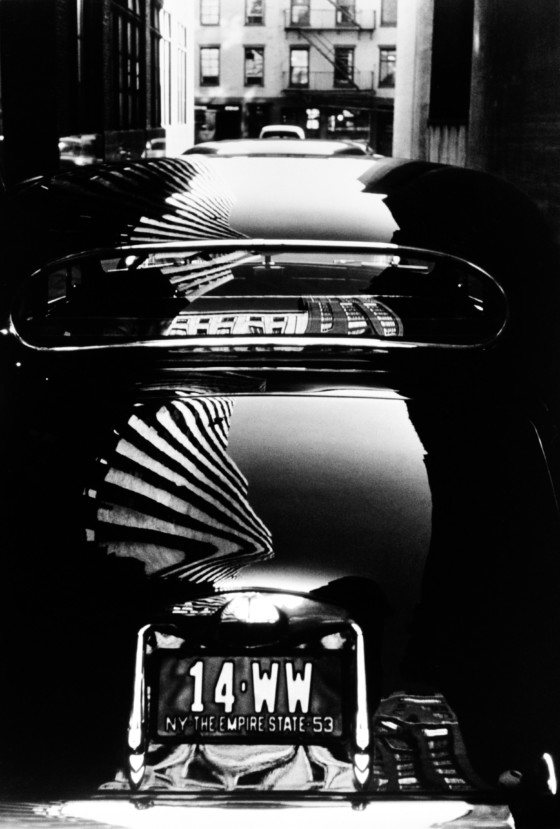 “In a couple weeks I went to the office to meet him. He looked at my contact sheets and was very interested in them,” says Davidson, recalling his early interactions with Cartier-Bresson” It wasn’t Magnum that was in my mind, it was Henri Cartier-Bresson. He was very inspiring when I was 24. I was very aware of how he was dressed. He was wearing this country vest and these nice khakis. I wrote about the idea of the emotional climate of Magnum at the time. I was the young kid. Inge Morath always called me ‘Brucie’! They watched out for me. Henri Cartier-Bresson was all discipline.”

Learning From The Master 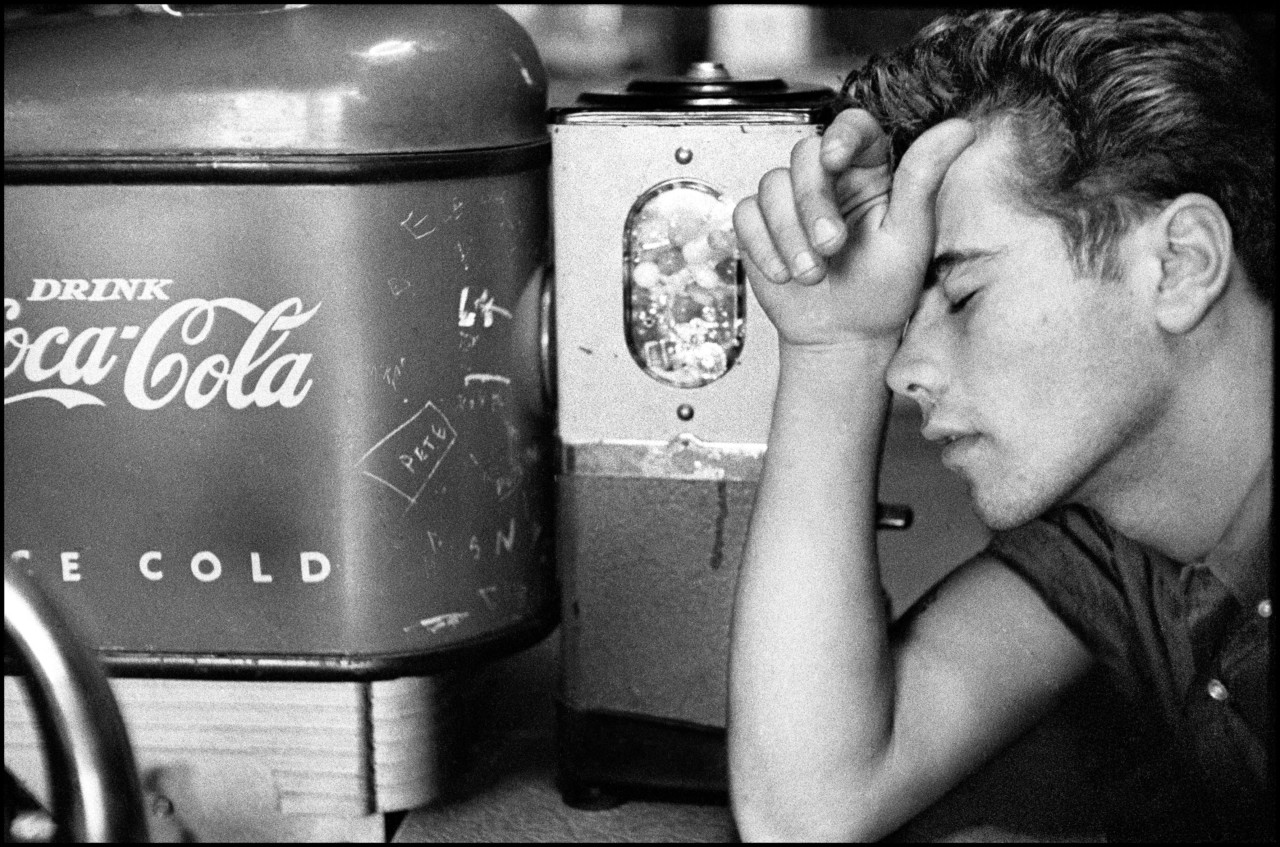 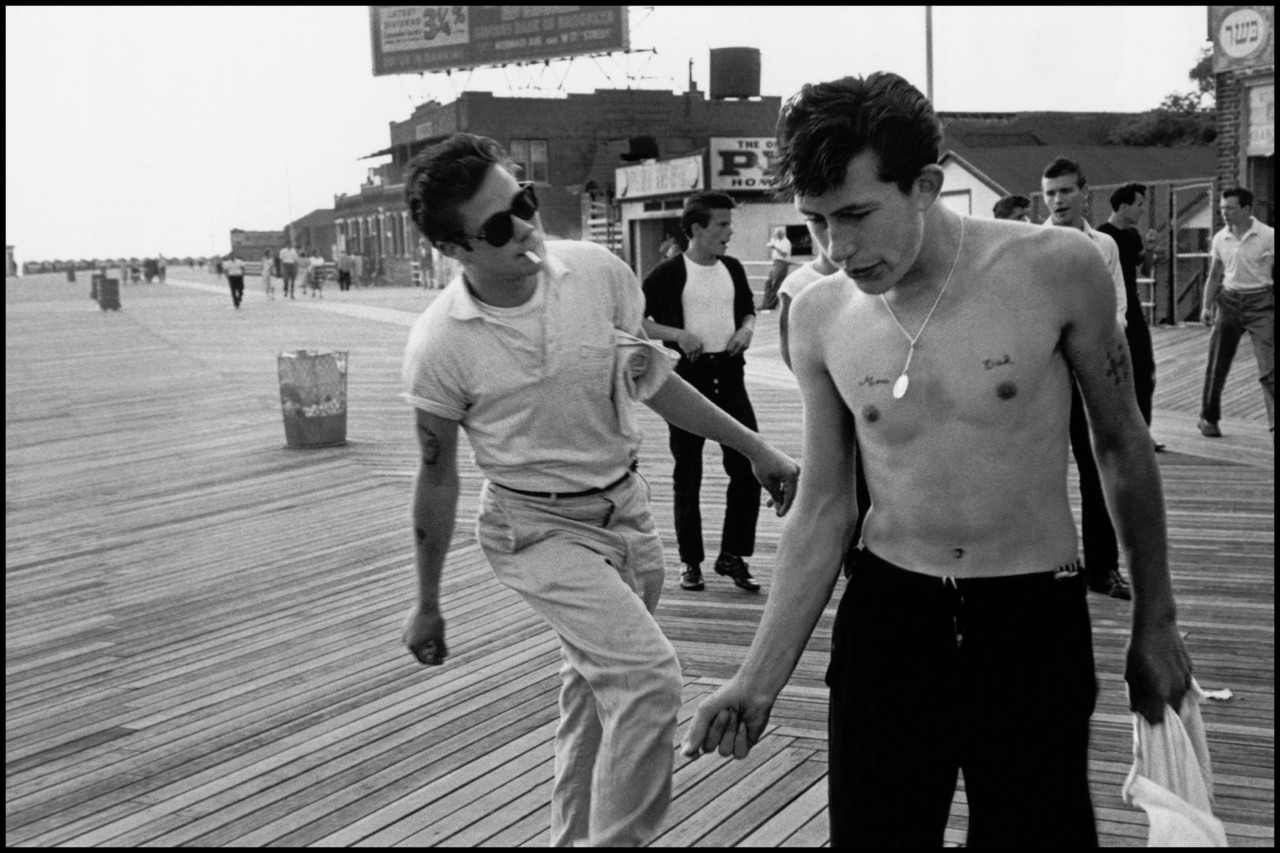 The collection of fine prints on the Magnum website, combines the classic images taken in the 1950s by Magnum members such as Bruce Davidson, Elliott Erwitt, Erich Hartmann and Dennis Stock, along with archival pictures of the agency’s New York office. These portray the workings of the organization and its community of enterprising members in dialogue with the city that has been Magnum Photos’ U.S. home, and a source of inspiration for its photographers, since its founding in 1947. 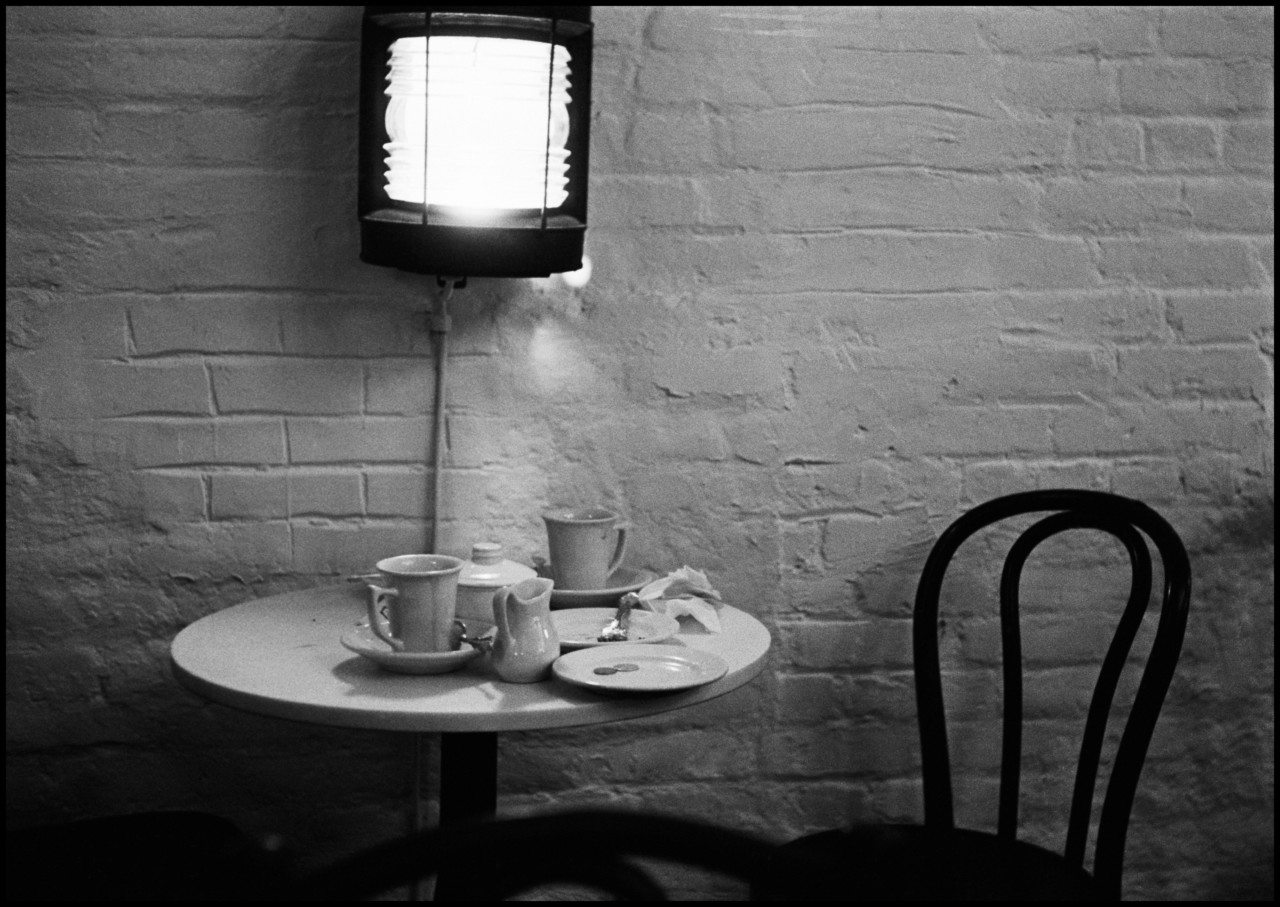 Included in the curation are estate-stamped and signed contemporary prints of some of Magnum’s best-known images of the city and its inhabitants: Davidson’s intimate portraits of the youthful, self-possessed members of a Brooklyn Gang, Stock’s iconic image of James Dean in Times Square, Erwitt’s image of his wife and first child, and Arnold’s Harlem Fashion show.

View and purchase from the full online curation on the Magnum Shop. 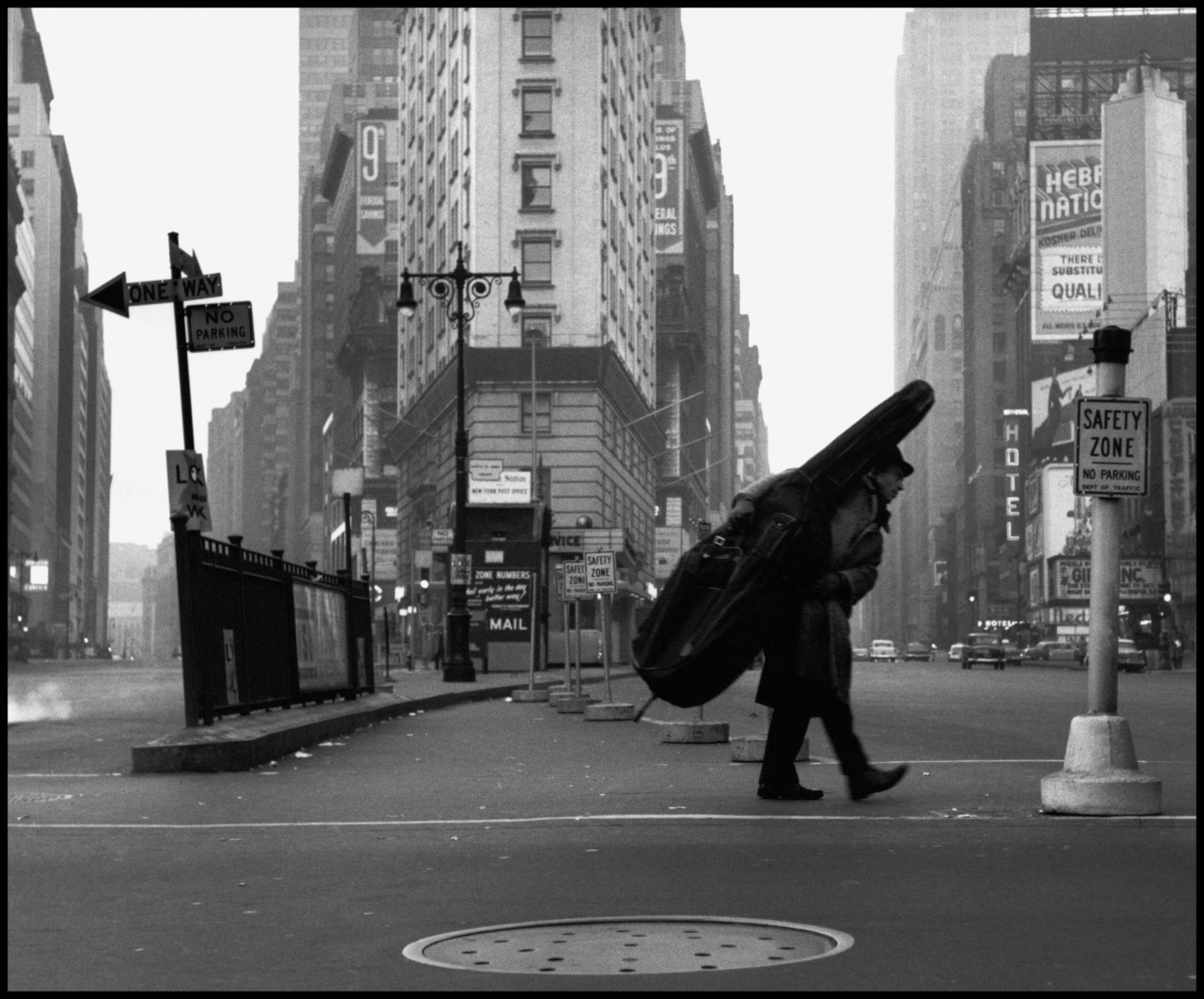 Making the Image: Mother and Child

On and In New York

Andy Warhol and the Camera

In the Studio: Roy Lichtenstein at Work 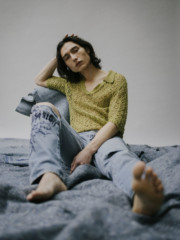 In the Studio: Helen Frankenthaler and the Bohemians 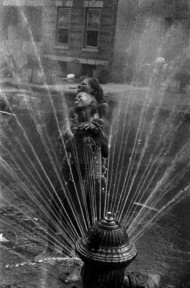 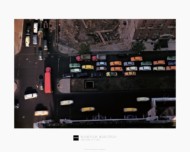