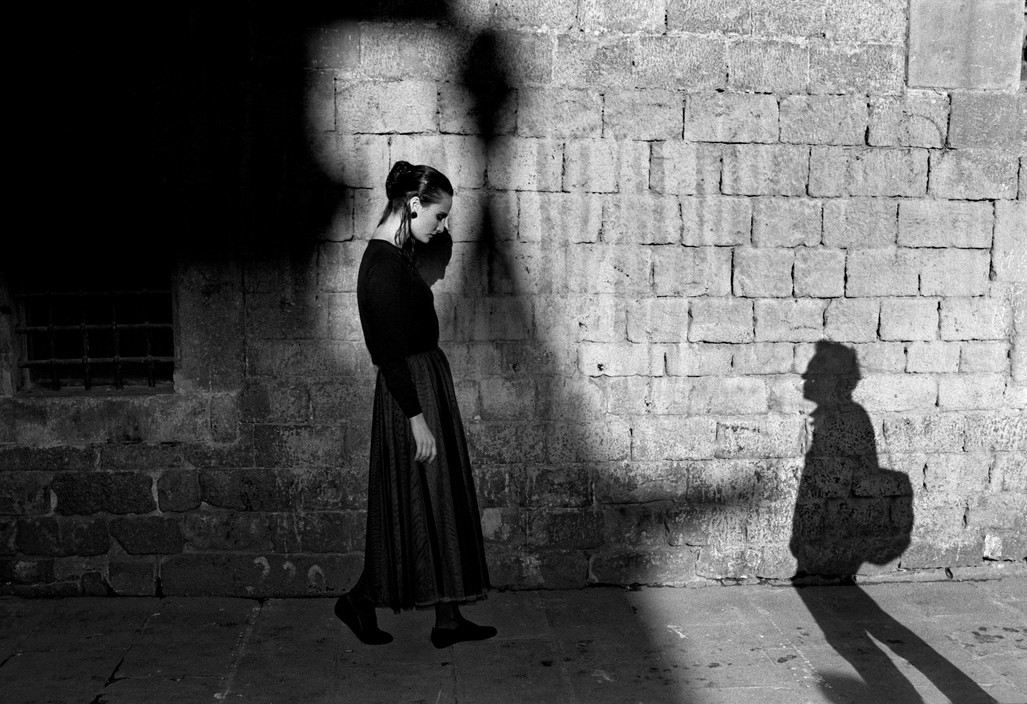 “I think I have never really understood what fashion is,” muses 75-year-old Ferdinando Scianna. Despite a large portion of his back catalogue now comprising both editorial and commercial fashion work, the photographer viewed himself as very much outside of the fashion sphere. Scianna describes experiencing some initial guilt over the fact that he had broken Cartier-Bresson’s commandment that a photographer should not manipulate reality, but then quickly found that doing so in order to orchestrate fashion shoots steeped in drama, Italian cultural mores, and implied narrative, was “a great deal of fun”.

He discovered that when he applied his craft to fashion, his photography did not really change. “It was a different way to do what I did before and would always do afterwards. I do not see any difference between my fashion photography and my work as a reporter,” he says.

The Mystery and The Drama of Ferdinando Scianna’s Staircases 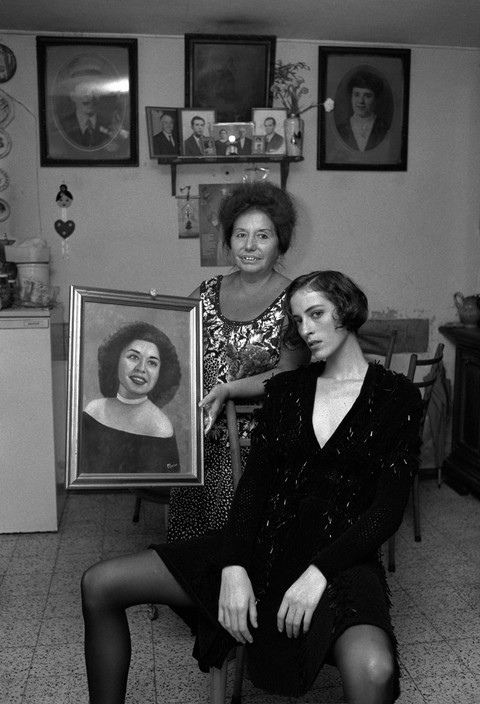 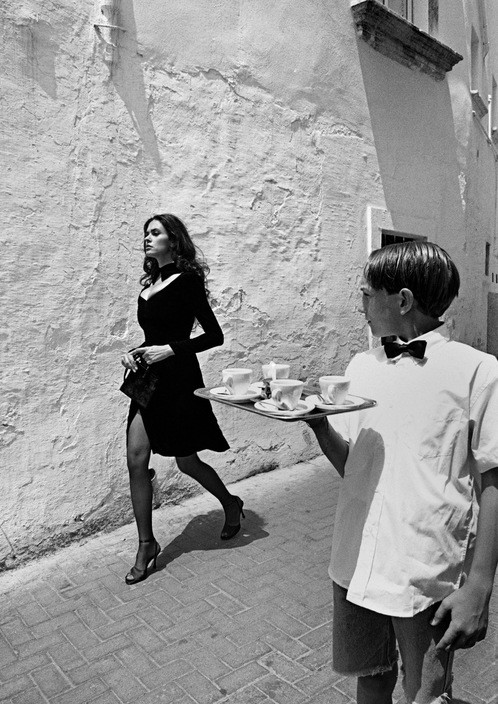 It was a visionary commission for an early Dolce & Gabbana campaign that led Scianna to enter into the world of fashion. “It all happened by chance; Dolce & Gabbana were at the beginning of their career and, for their catalogue, they wanted a photographer that didn’t work in fashion. They had seen some of my photos and asked me to work for them, almost for free. I was intrigued and I accepted. The incredible part is that years after, we discovered the pictures they had seen were by another photographer,” says Sicanna, adding, “The power of randomness!”

Following this initiation, Scianna spent a good deal of time over the 1980s and 90s taking editorial and commercial fashion commissions, as well as documenting fashion shows with much the same approach that he had documented Sicilian daily life. 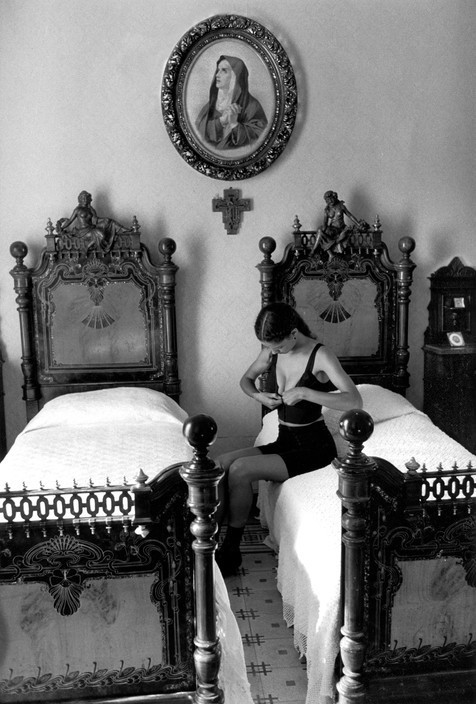 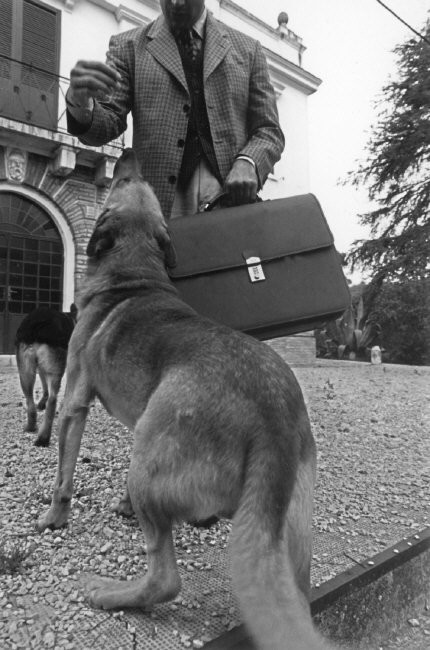 The characteristic approach Scianna developed to photographing fashion drew heavily on his background as a documentarian of his home country, with Italian social traditions, religious iconography, and the concept of the matriarch as the head of the family coming together to shape his style. In fact, the more Scianna worked as a fashion photographer, the more he identified parallels between fashion and the Italian way of life. “In religious festivals in Sicily the costumes have a very important and theatrical role. It is very similar to fashion, they follow the same principles,” he notes. 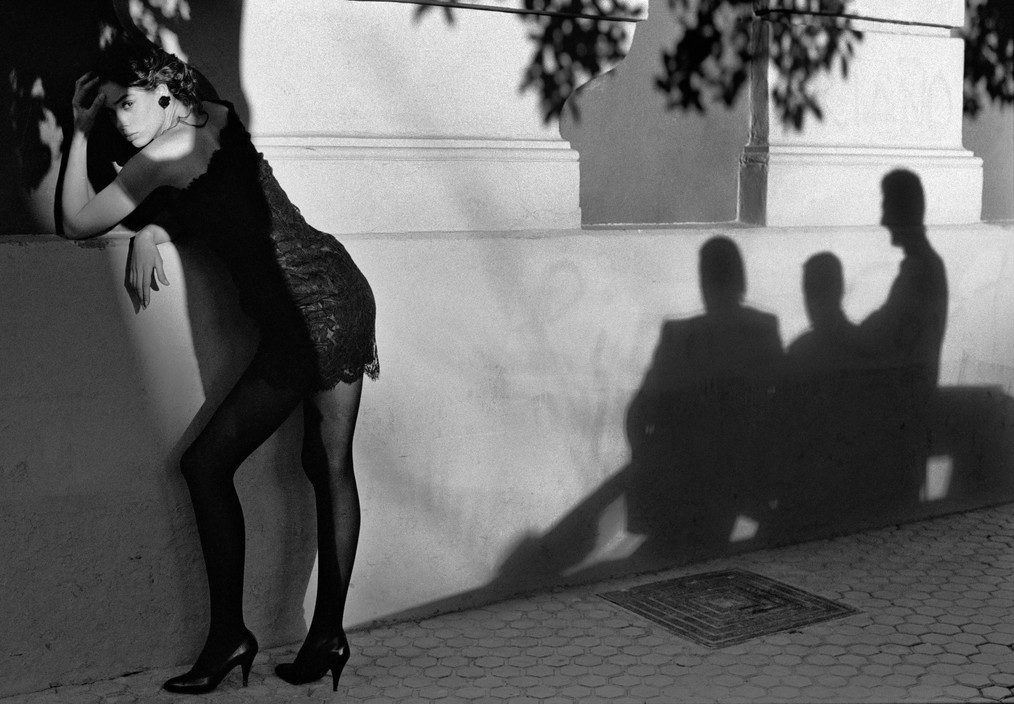 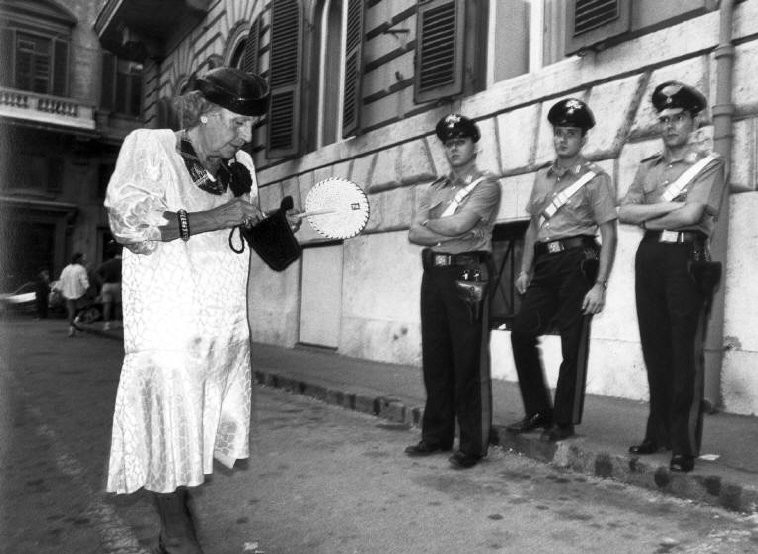 “Working as a fashion photographer was surprising and natural for me. I had never done fashion photography and I did it as a reporter, I was amused,” recalls Scianna of his breakthrough commission. “We worked in Sicily, were I was born and took so many pictures. It was something like a psychoanalytical journey into memory. I treated fiction as if it was reality, without calculation and with a certain amount of disquietude.”

"Streets are the stage of our life." 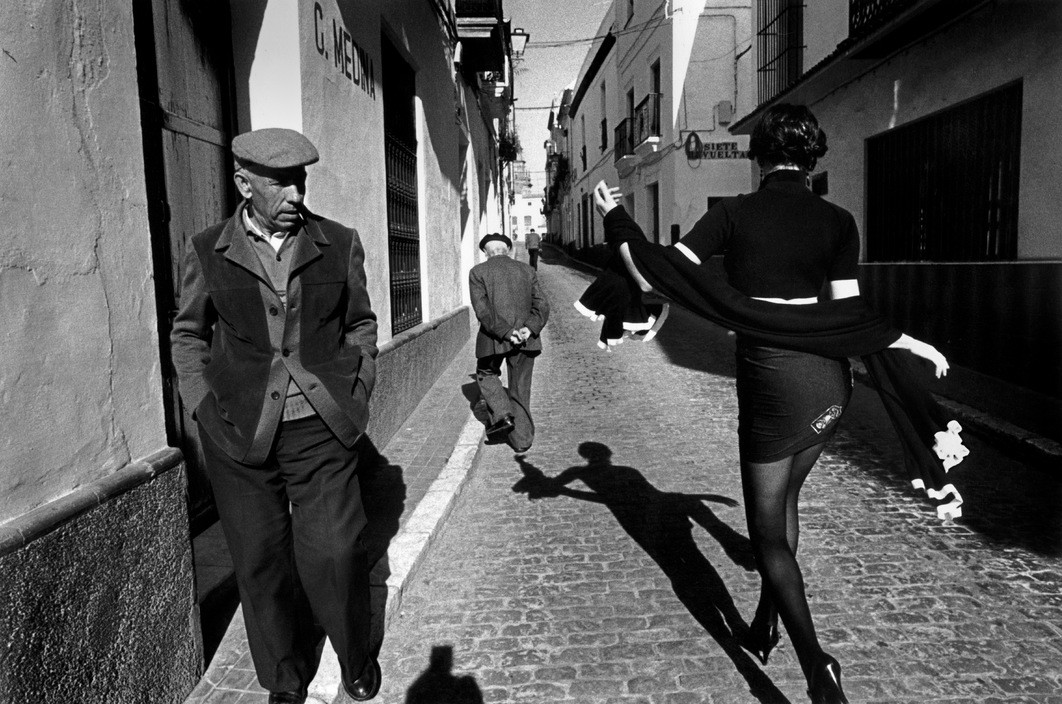 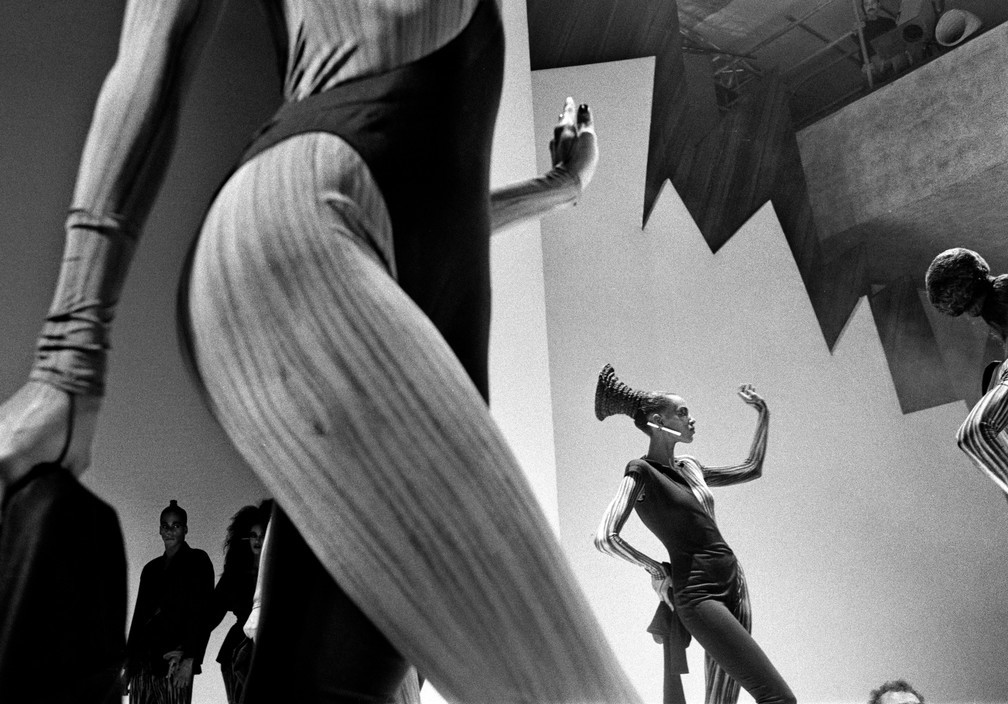 The tradition of passeggiata–dressing up and going out of an evening to walk and socialize, is echoed in fashion shows. “Streets are the stage of our life. In Italy, especially in the agricultural Italy I grew up in, women and men dress up to be looked at when walking down the street. Somehow, catwalk shows are the theatrical representation of a street full of women passing by,” he says.

In turn, Scianna’s photography took fashion to this natural setting, with the photographer often staging shoots on the streets of Italy, with casts that included senior citizens and children, alongside professional models. These set-ups spoke to Italy’s traditional esteem for the family and of the traditional pastime of socializing in the streets. “In my fashion photography the scenery, the city and its people are never only a background, they are co-protagonists of the picture and the story I am telling,” explains Scianna. “I always try to tell a story. I believe it is the world that gives meaning to fashion, not the other way around.”

To Sleep, Perchance to Dream 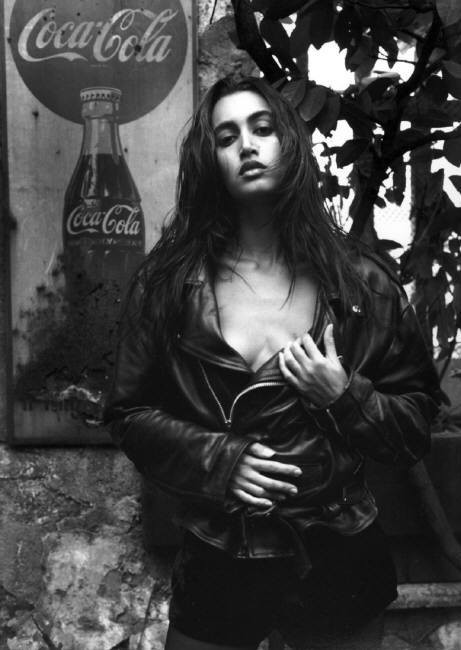 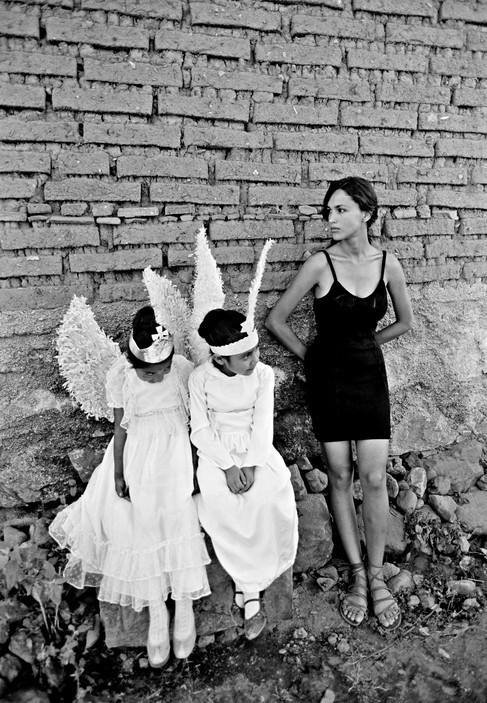 "Fashion pretends to be absolutely in the present but I believe it only has meaning when compared to the past." 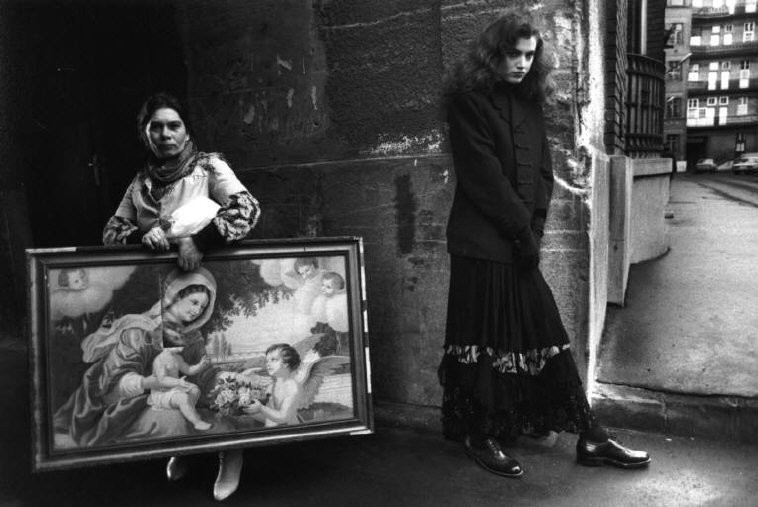 The children, men and older woman are part of these constructed implied narratives within Scianna’s fashion work, but in fashion photography as a genre, and especially the fashion photography of the 80s and 90s, they were an incredibly rare occurrence. In recent years, blogs (and subsequently books and documentaries) like Advanced Style, have sought to address fashion’s youth-centric focus. Working several decades before this, Scianna saw real value in the inclusion of older people in his fashion imagery, employing them to anchor fashion within the culture it a part of: “An old man or woman, an ancient street, they are history, a manifestation of time,” he says. “Fashion pretends to be absolutely in the present but I believe it only has meaning when compared to the past.” 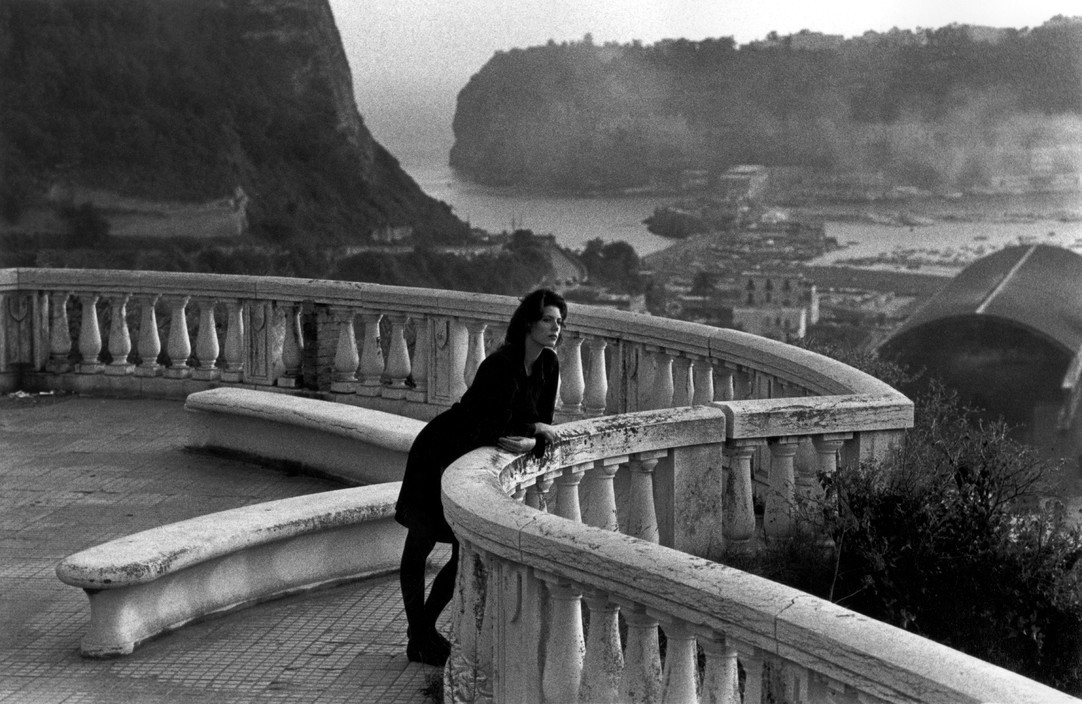 Alex Majoli Searches for the Moscow of his Mind

The Beatles Through the Magnum Archive

The Carnival of Viareggio