On the 75th Anniversary of Pearl Harbor, a look back, through the lenses of Magnum photographers, at the Pacific War that followed 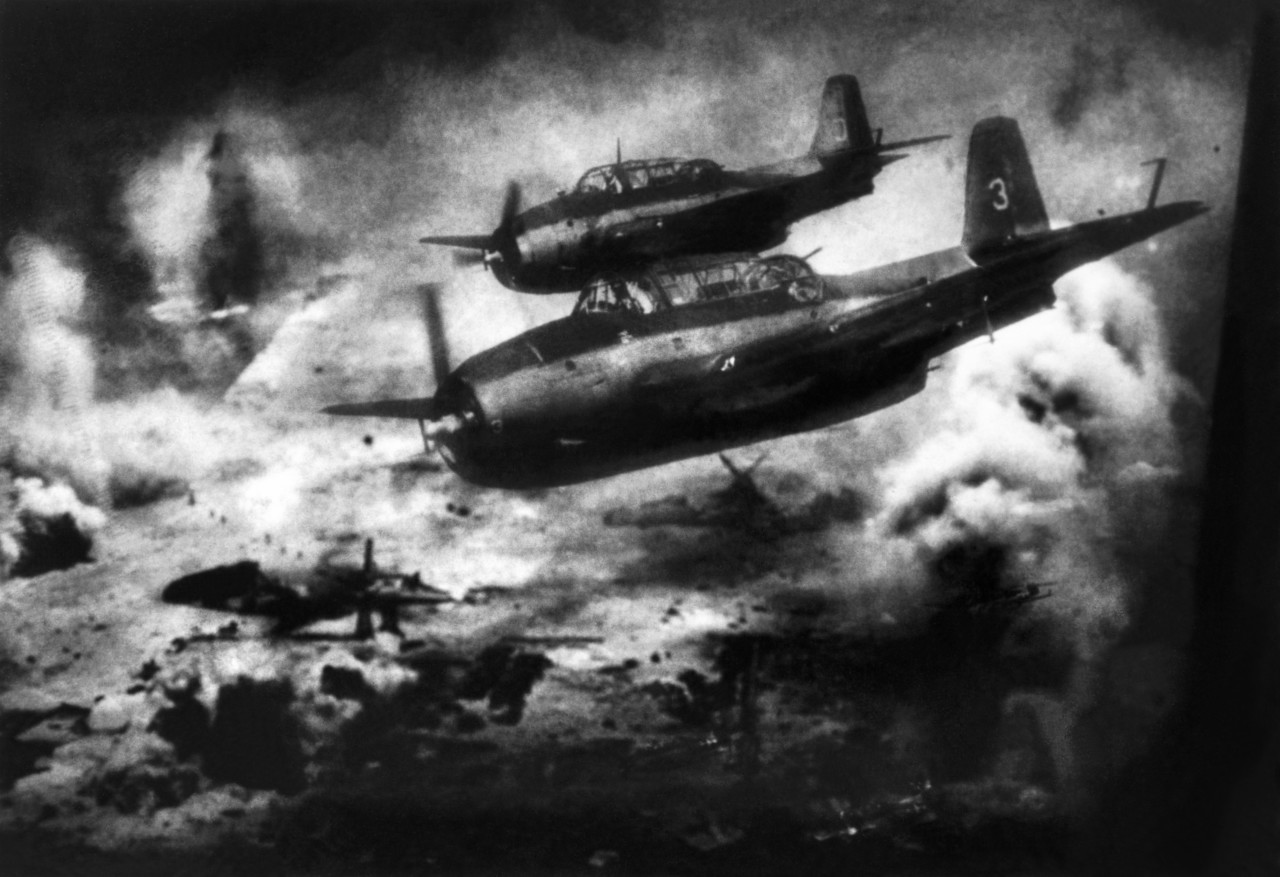 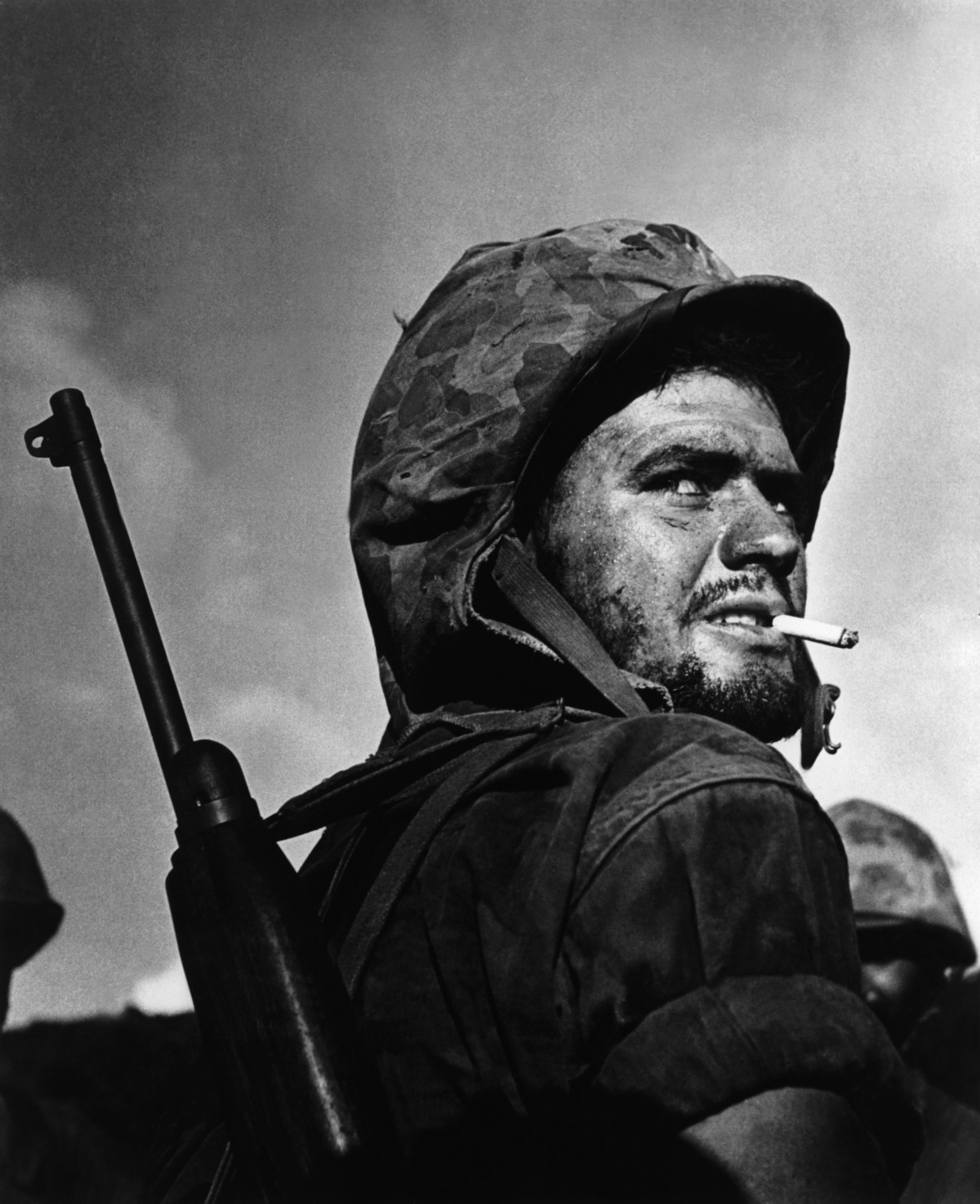 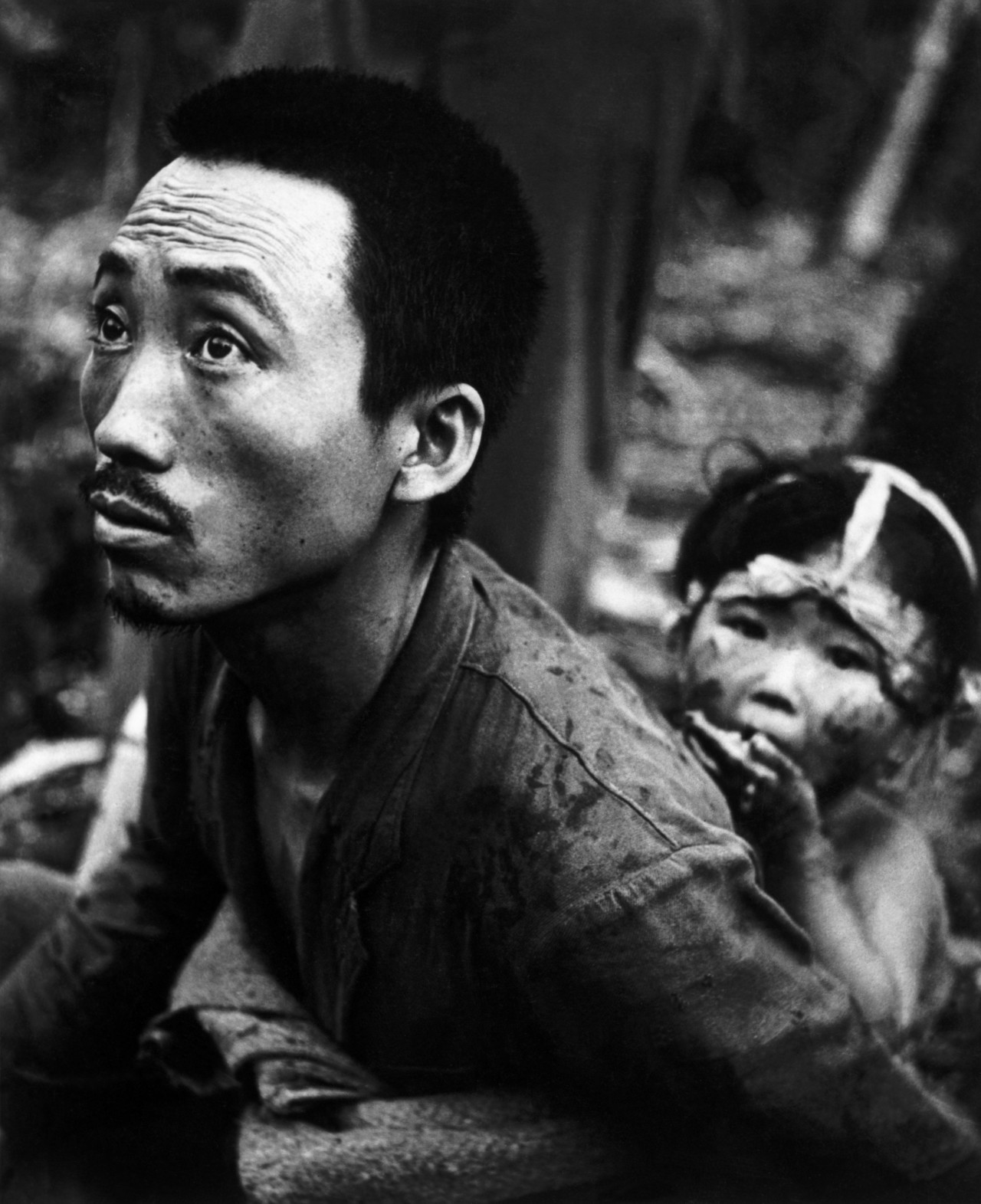 23
W. Eugene Smith A Japanese father and child captured by the US Marines in the mountains during the Battle of Saipan Island. The Pacific Campaign, World War II. June, 1944. © W. Eugene Smith | Magnum Photos
License | 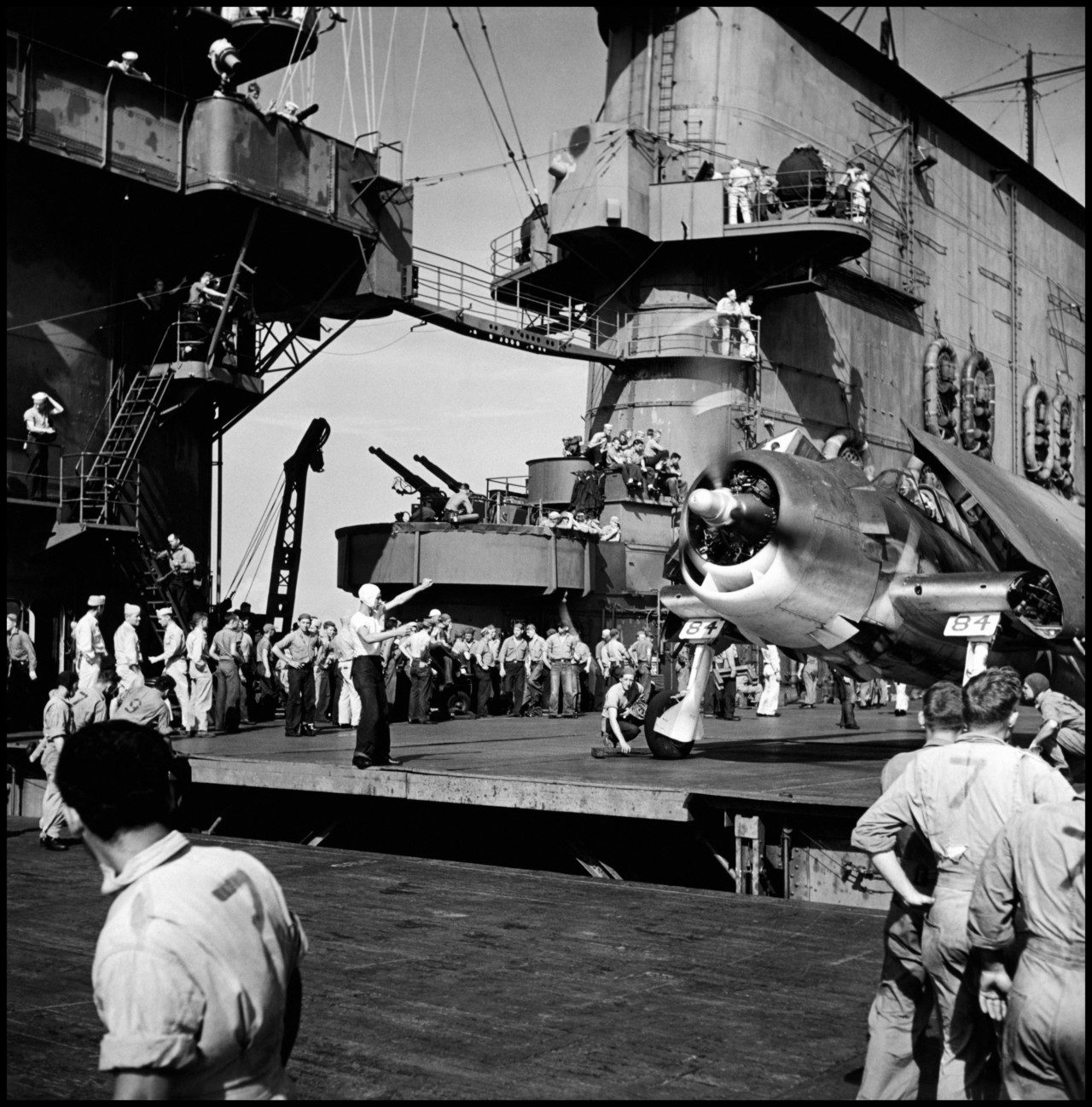 23
Wayne Miller Here a plane parker in a white helmet, on board the US aircraft carrier USS Saratoga, is signaling the pilot of one of the new Hellcats to "hold on the right brake and come forward a little on the (...)
left." A moment more and the plane will be in position to descend on the forward elevator of the USS Saratoga to the hanger deck. Traffic problems on the flight deck of an aircraft carrier are handled with a deceptive ease. South Pacific. Between October 26, 1943 and December 9, 1943. © Wayne Miller | Magnum Photos
License | 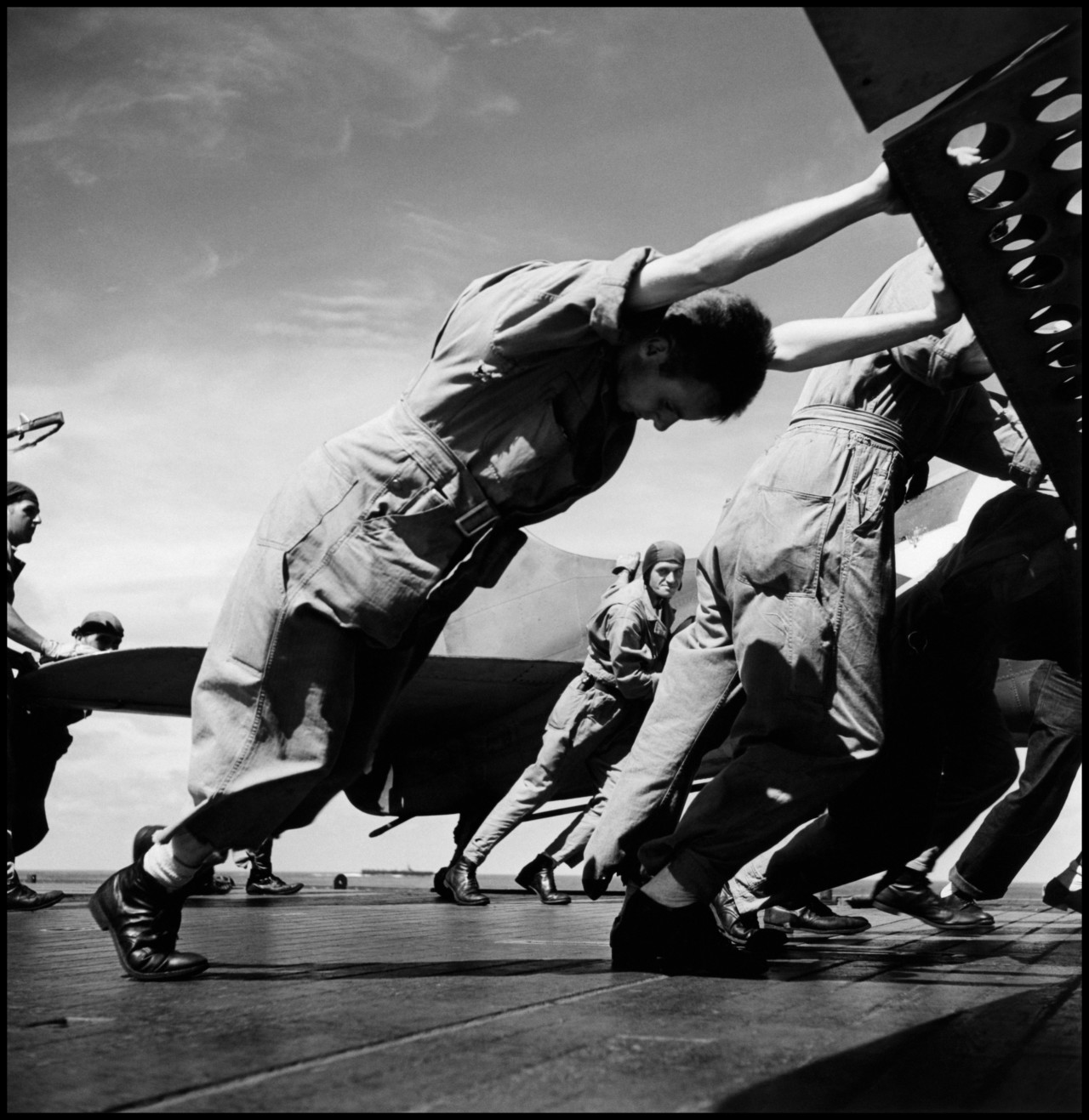 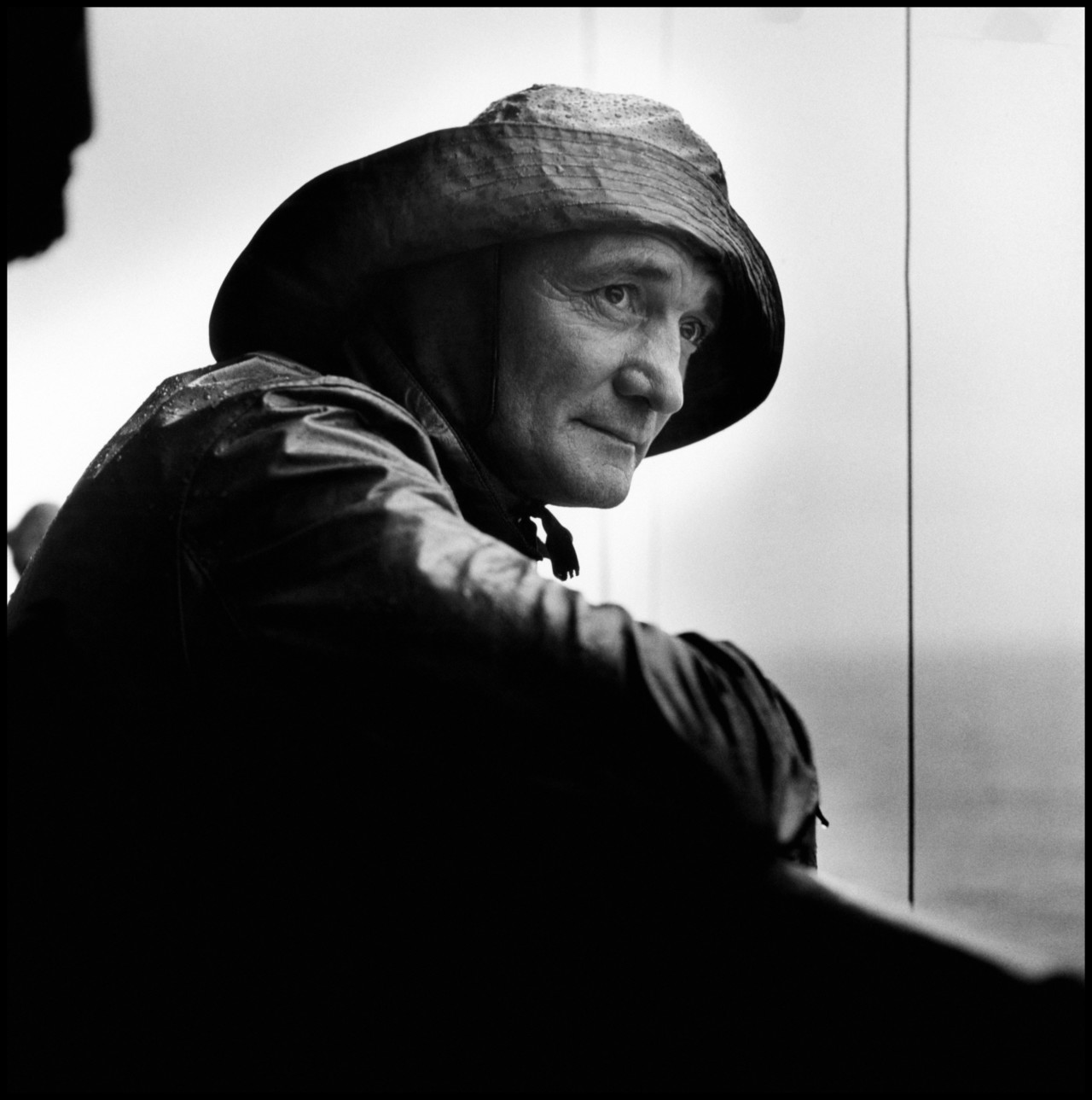 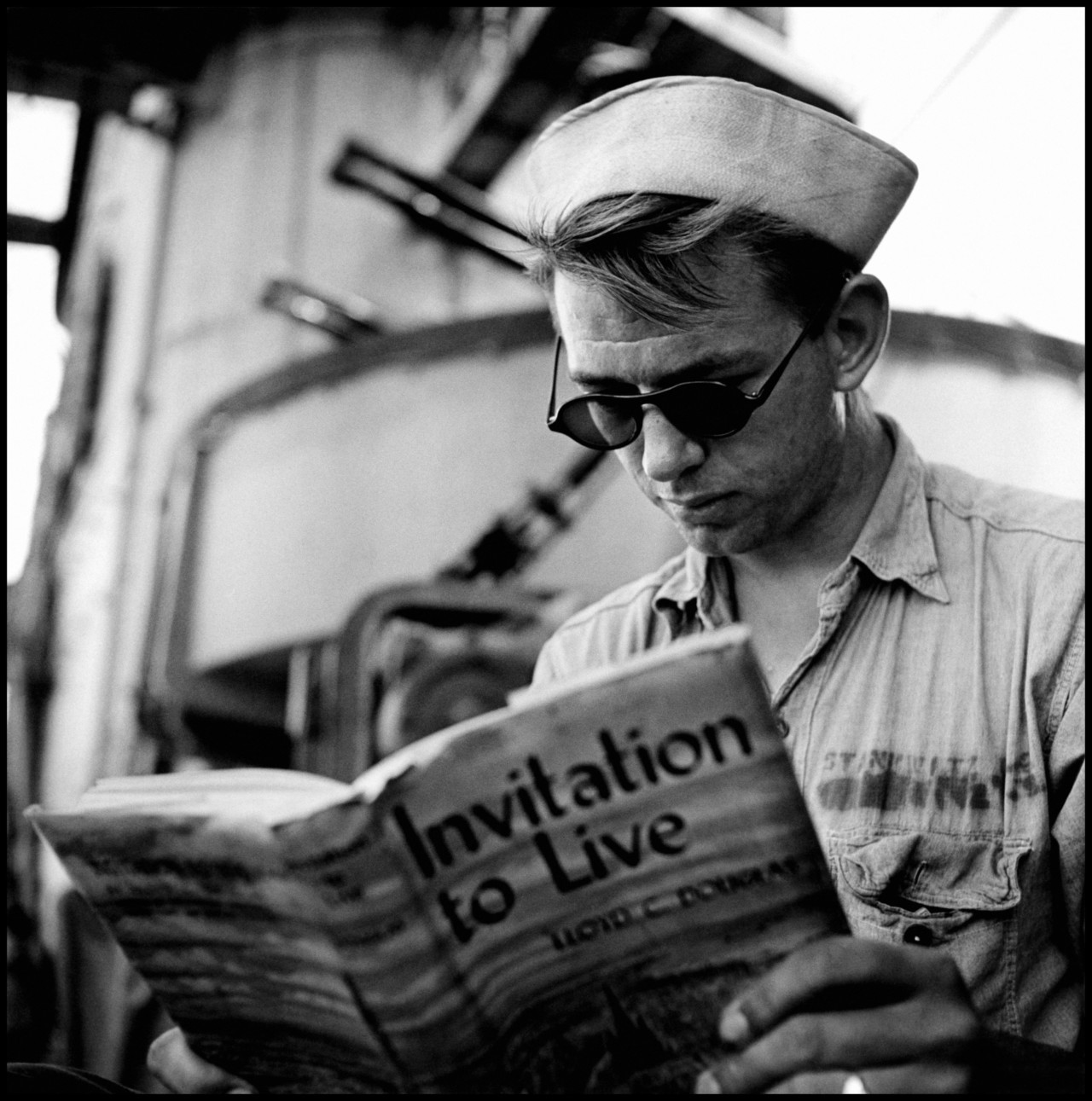 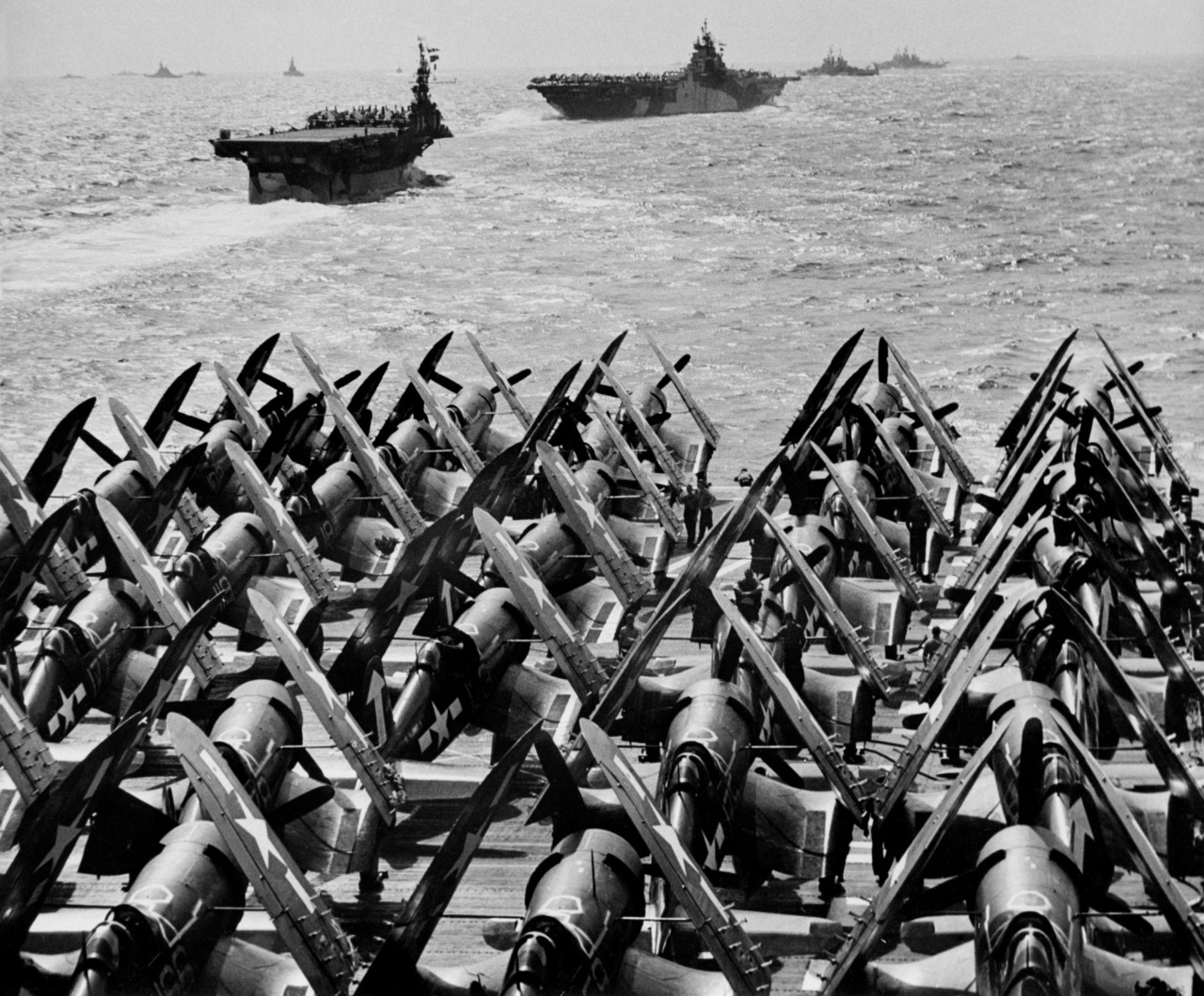 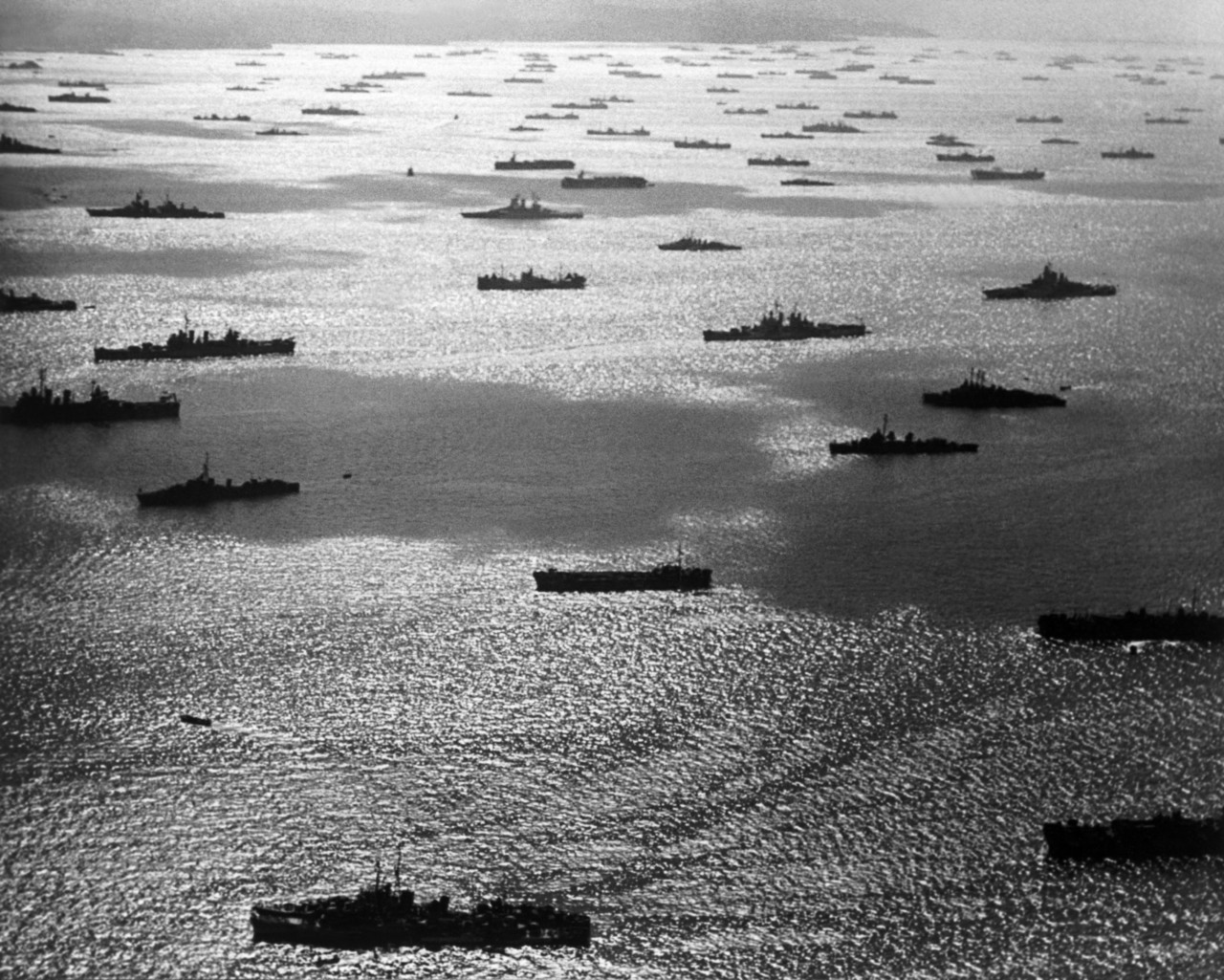 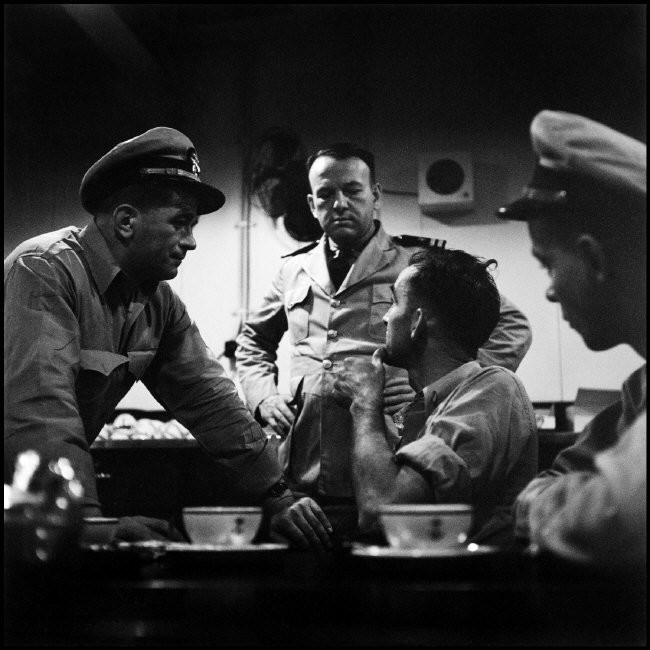 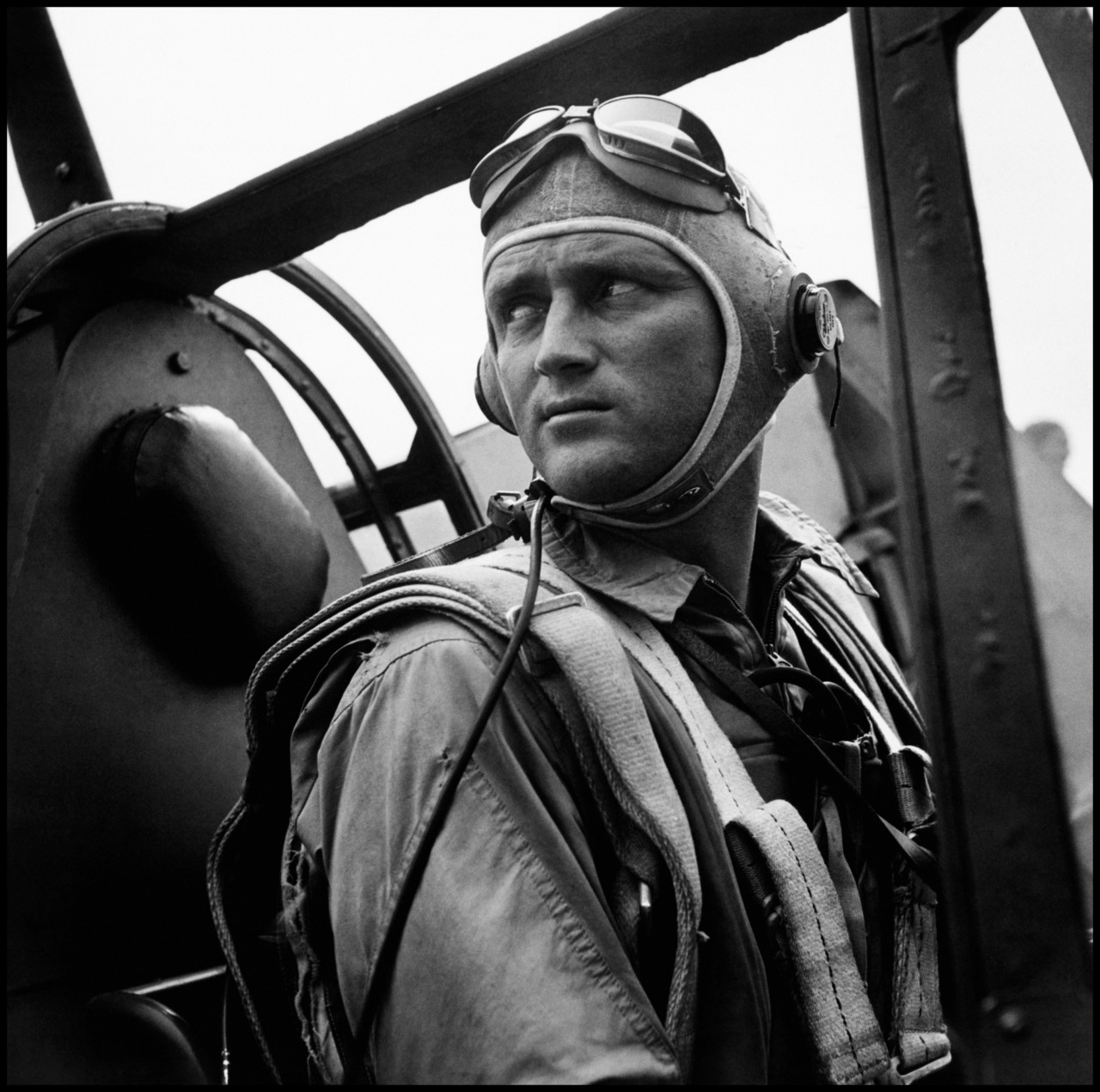 23
Wayne Miller Lt. Commander Robert F Farringtown of Watertown, NY, a TBF Skipper aboard the USS Saratoga, takes a last look around before taking off for the devastating raid on the Japanese base of Rabaul. South (...)
Pacific. November 5, 1943. © Wayne Miller | Magnum Photos
License | 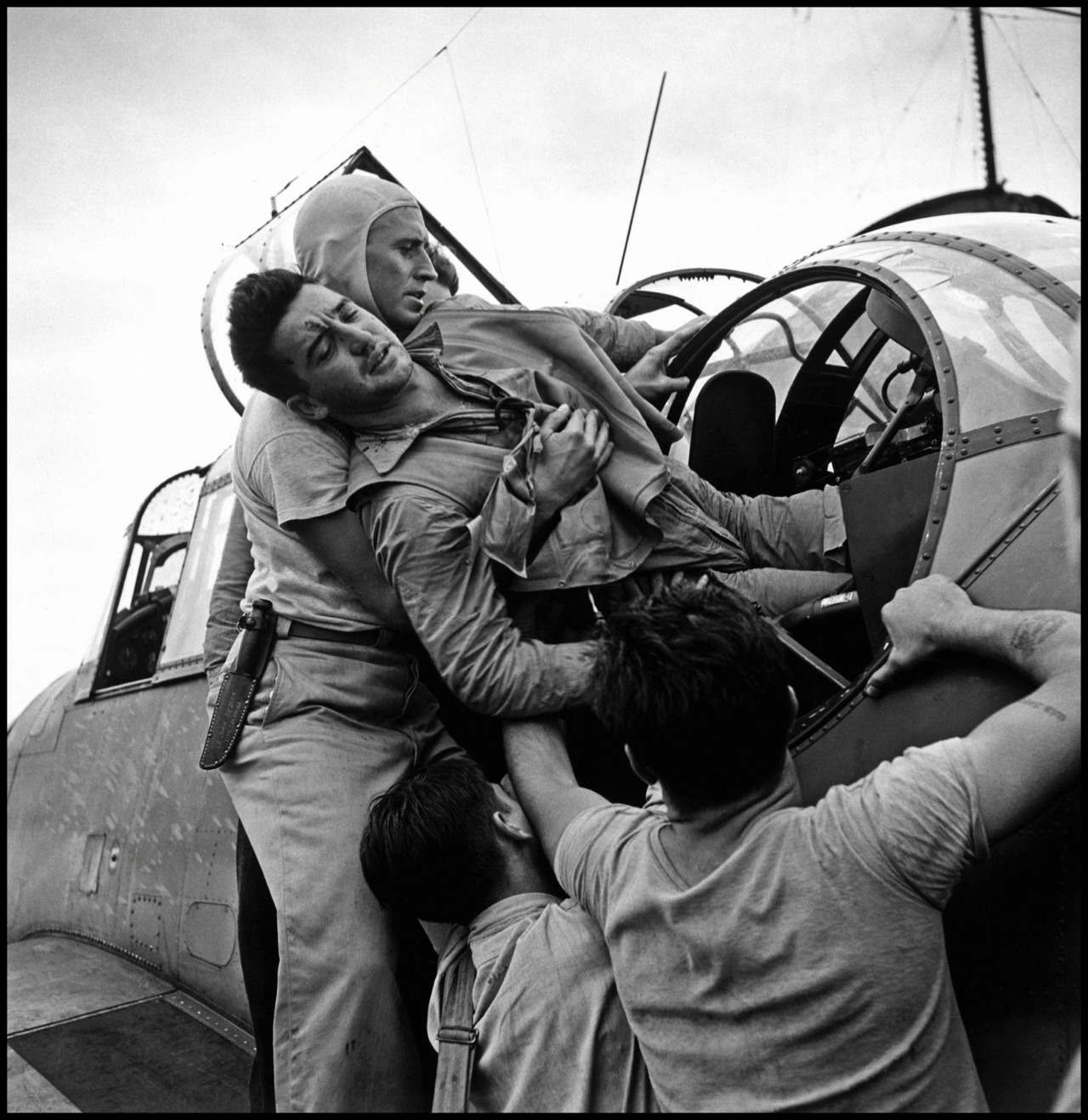 23
Wayne Miller A wounded gunner, Kenneth Bratton, after Rabaul raid, On board the US aircraft carrier, on board the USS Saratoga. South Pacific. November 5, 1943 © Wayne Miller | Magnum Photos
License | 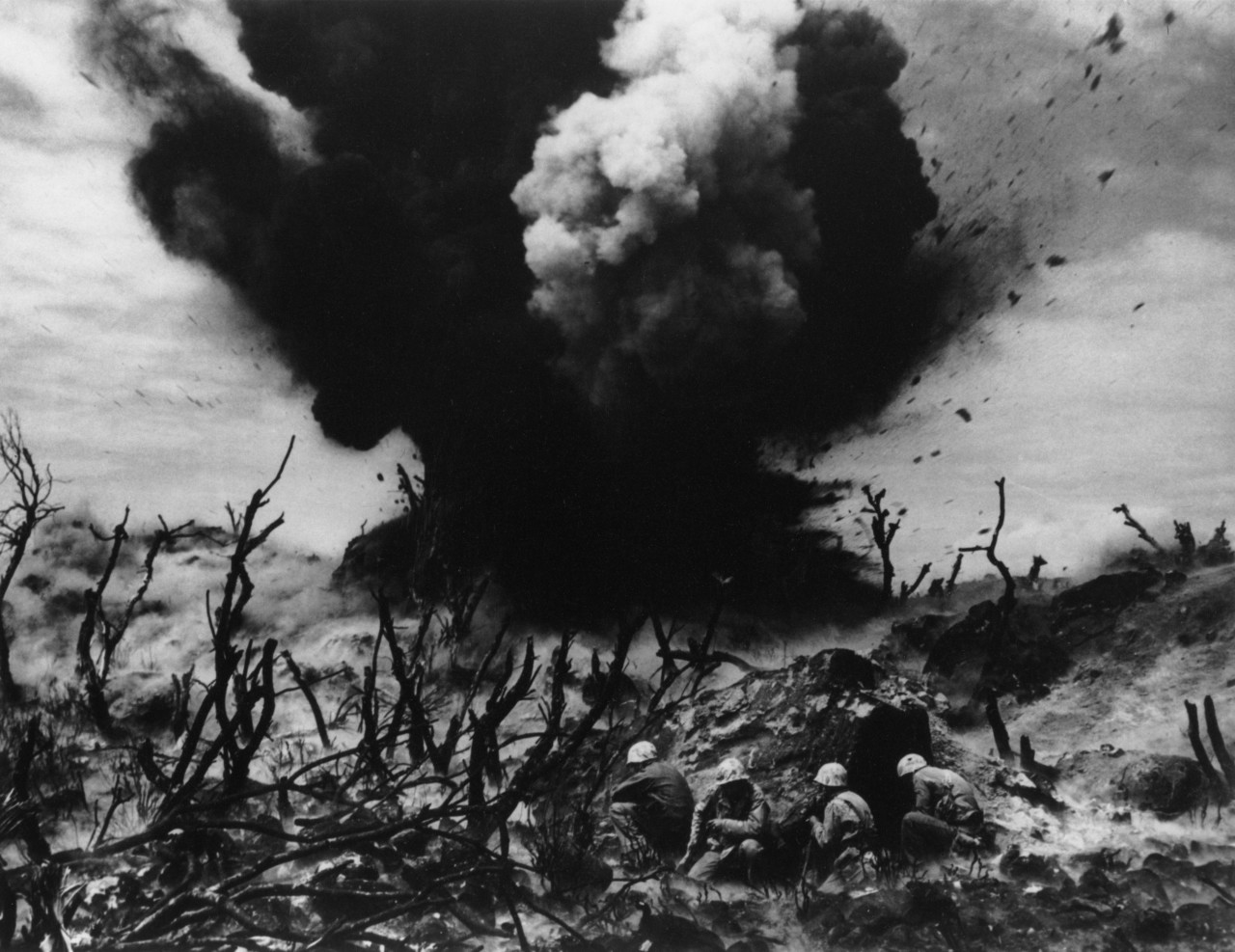 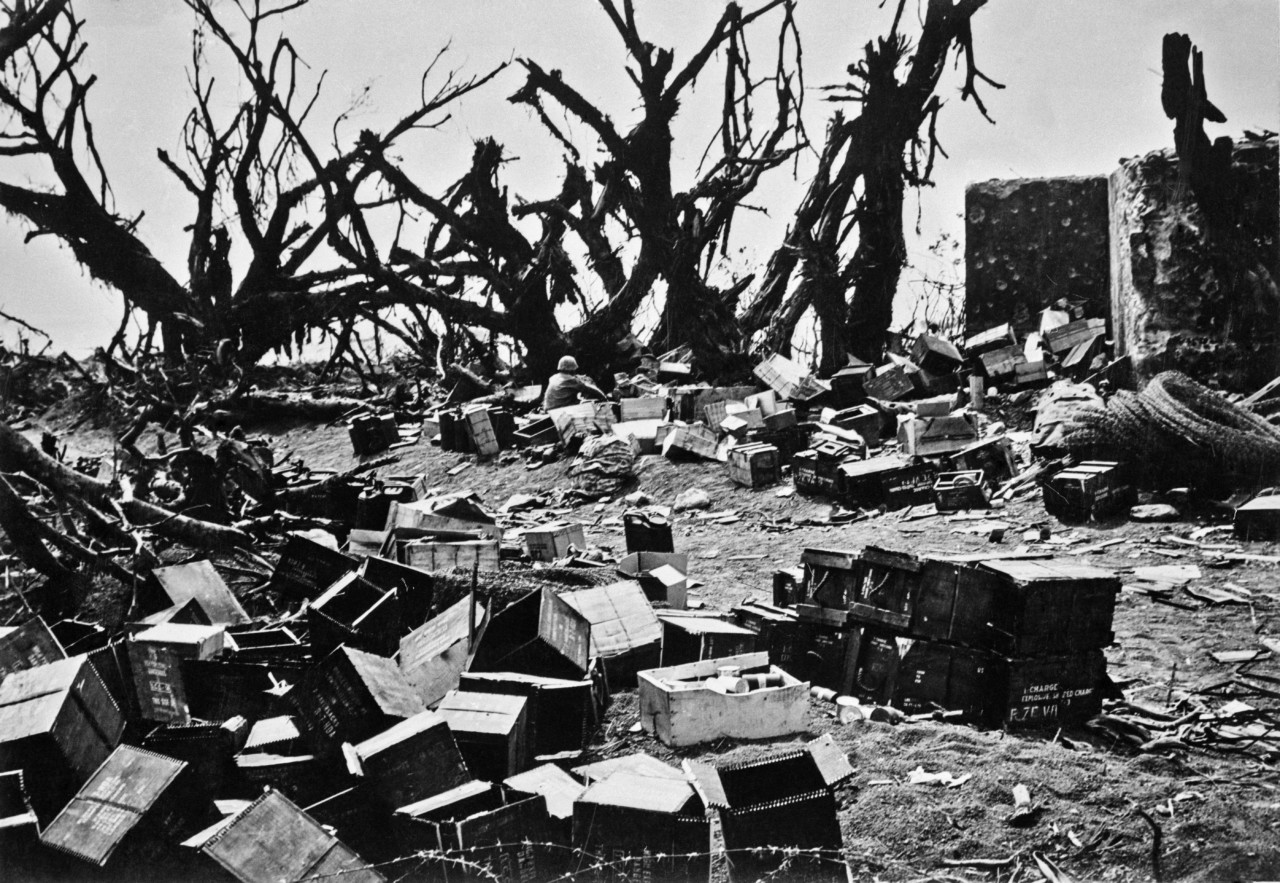 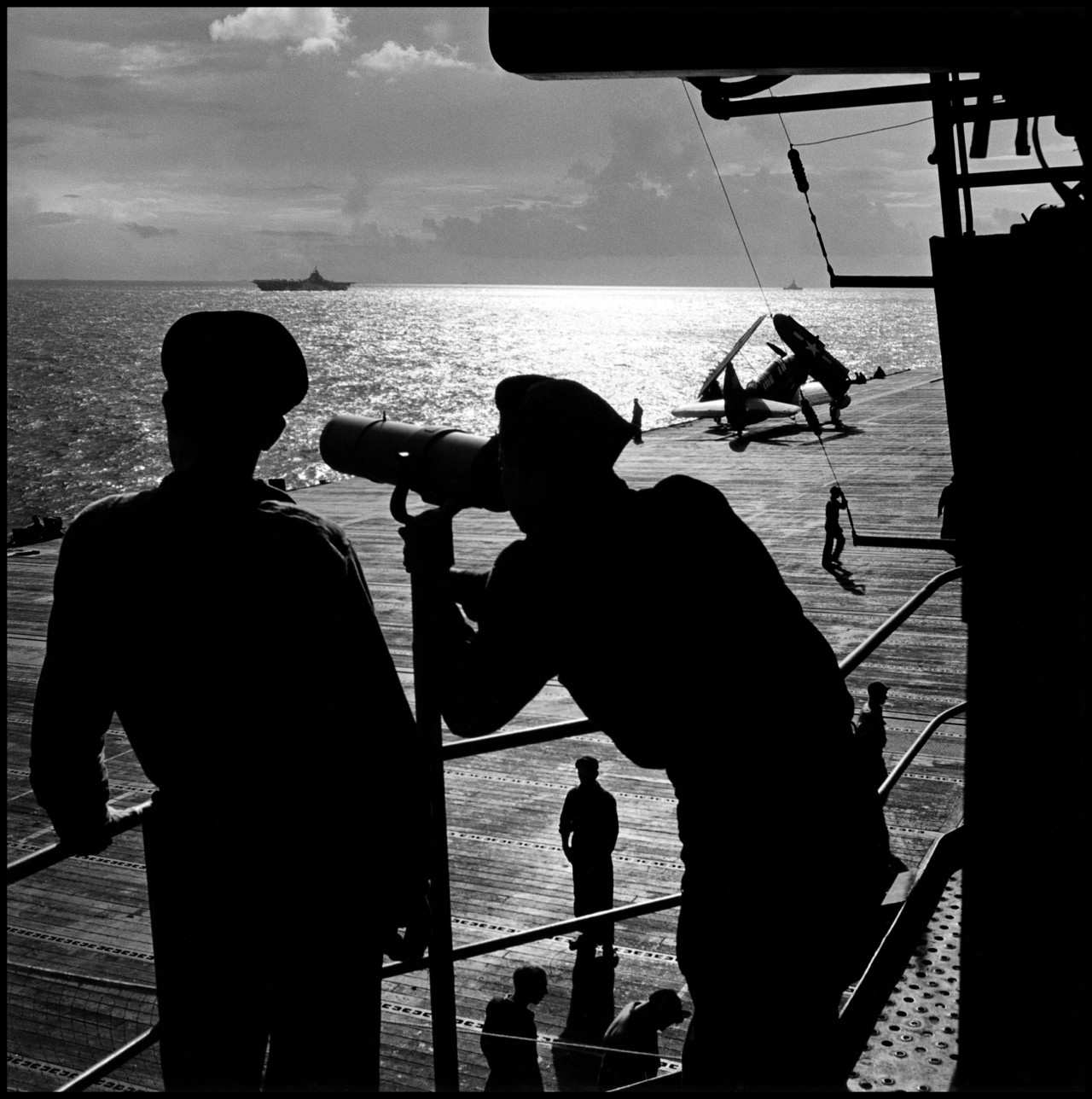 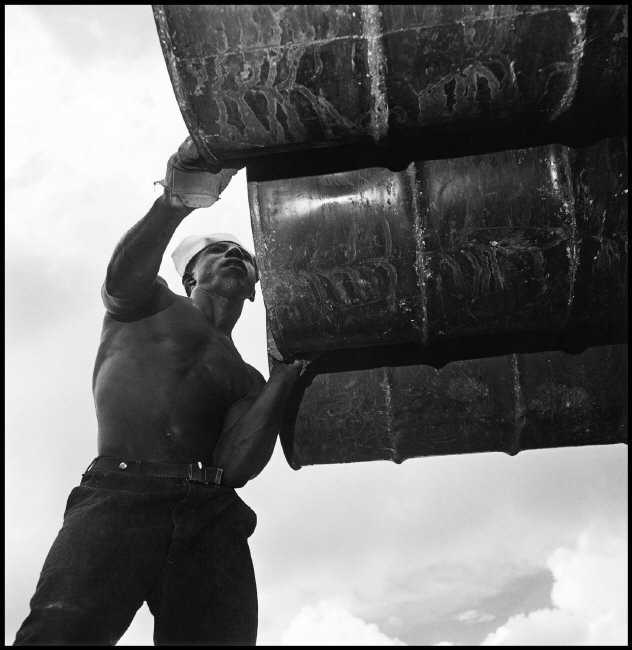 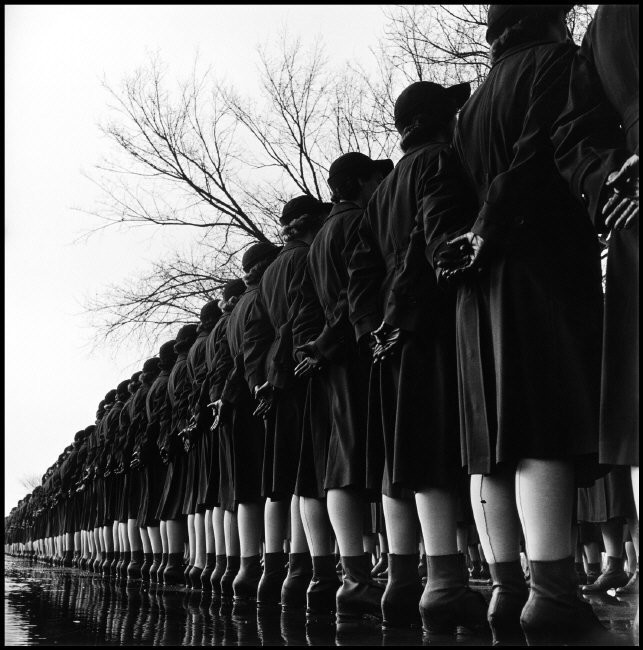 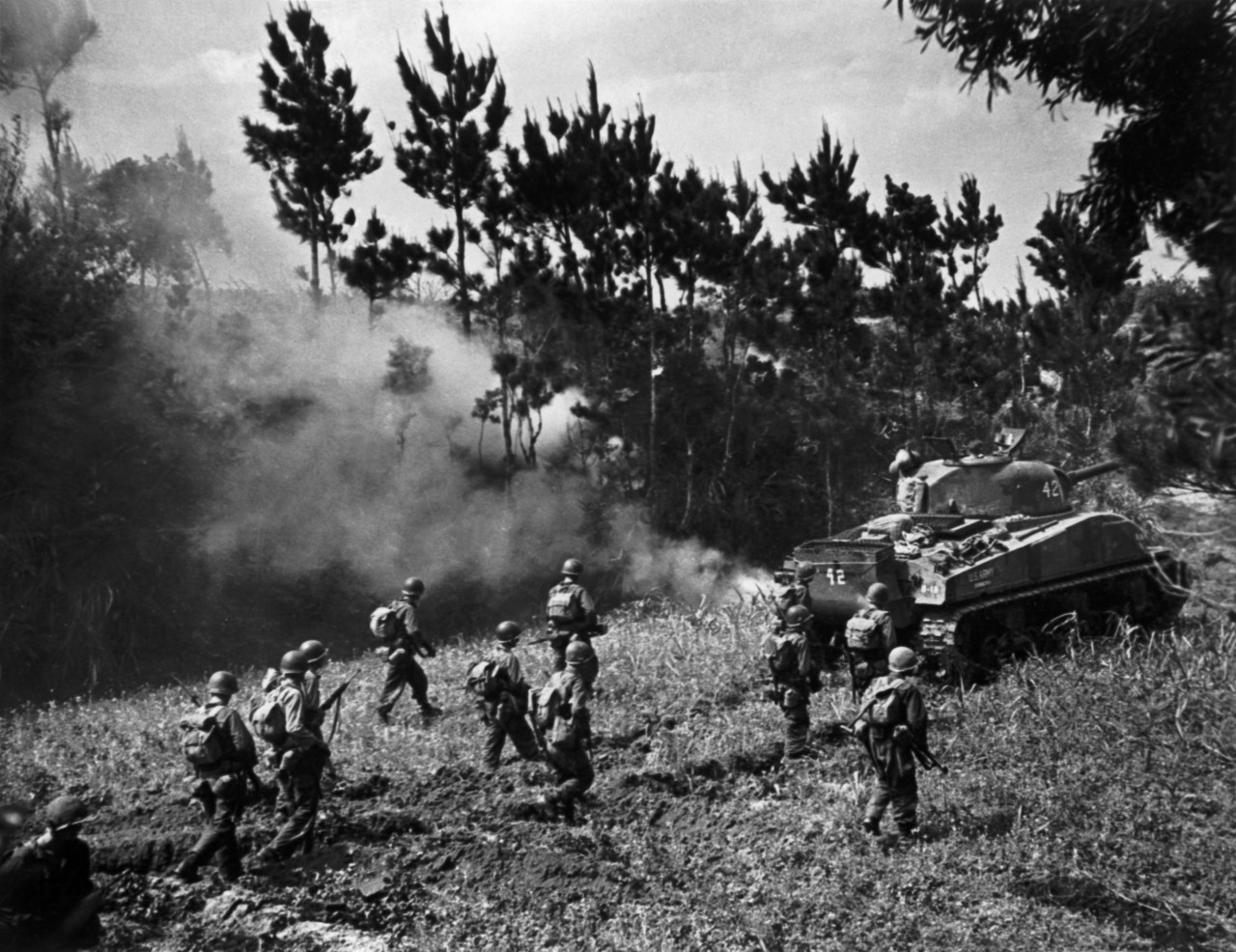 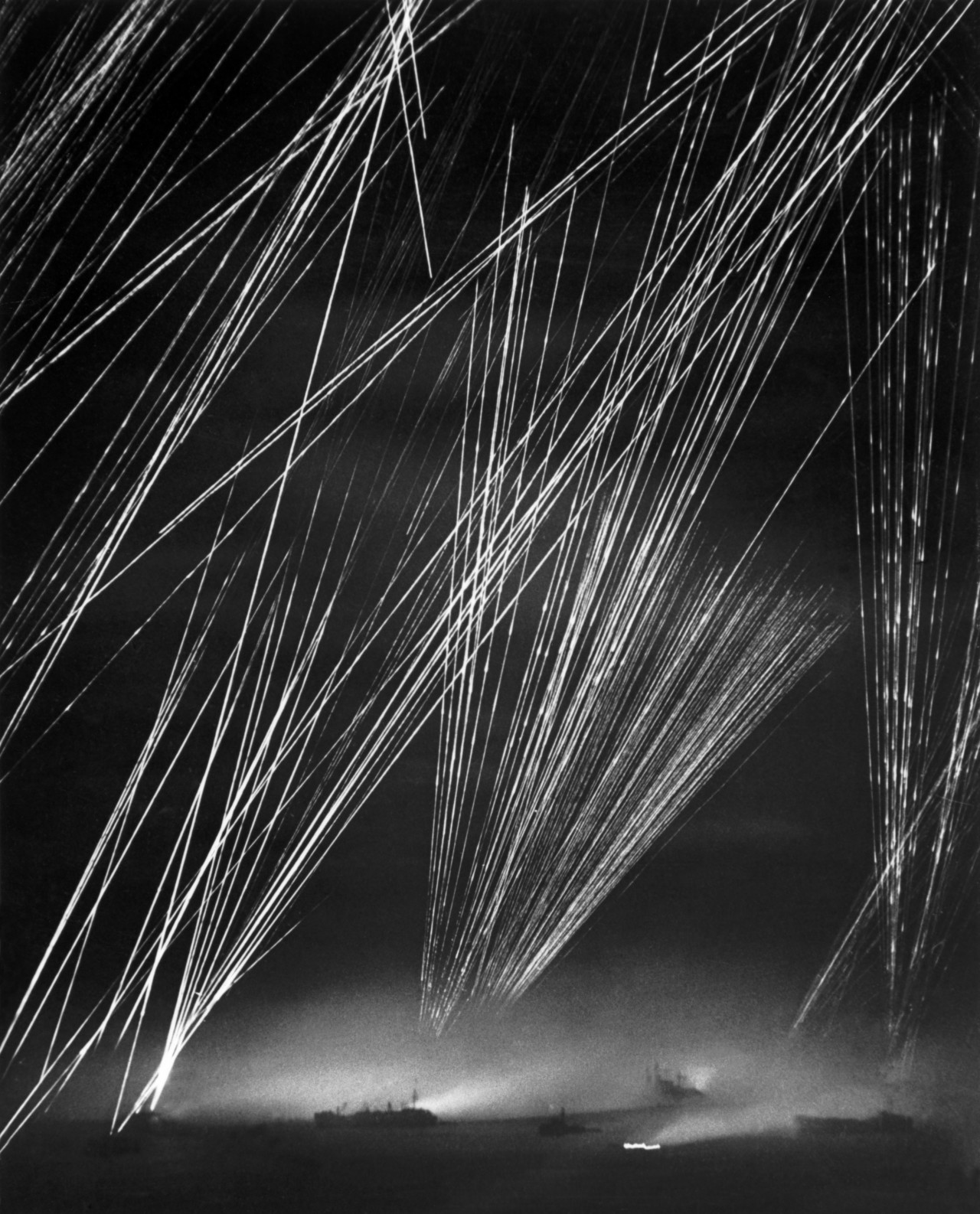 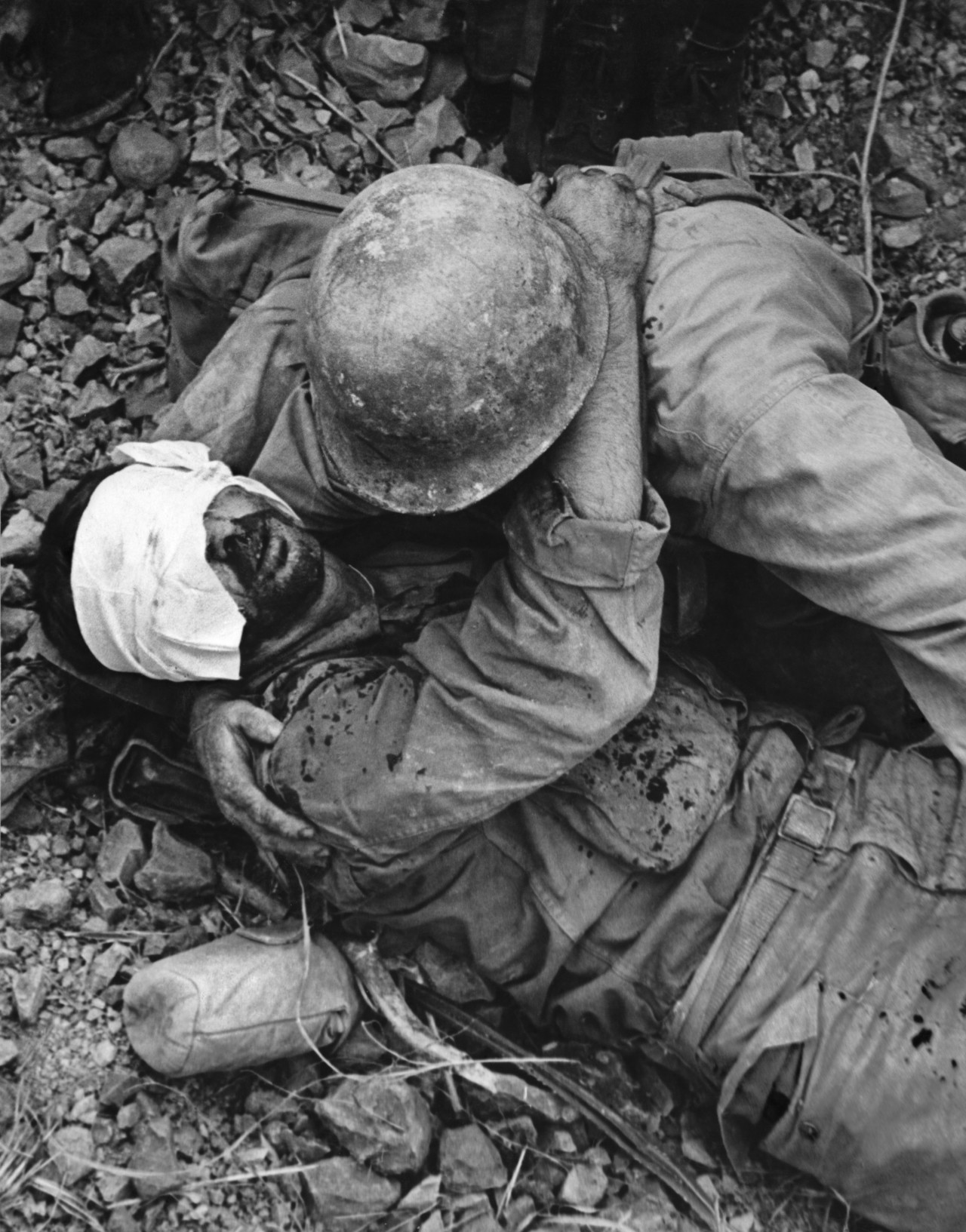 23
W. Eugene Smith A US soldier helps a wounded soldier belonging to his unit, after an attack against the Japanese positions during the Battle of Okinawa (a Japanese island). The Pacific Campaign, World War II. Apri (...)
l, 1945. © W. Eugene Smith | Magnum Photos
License | 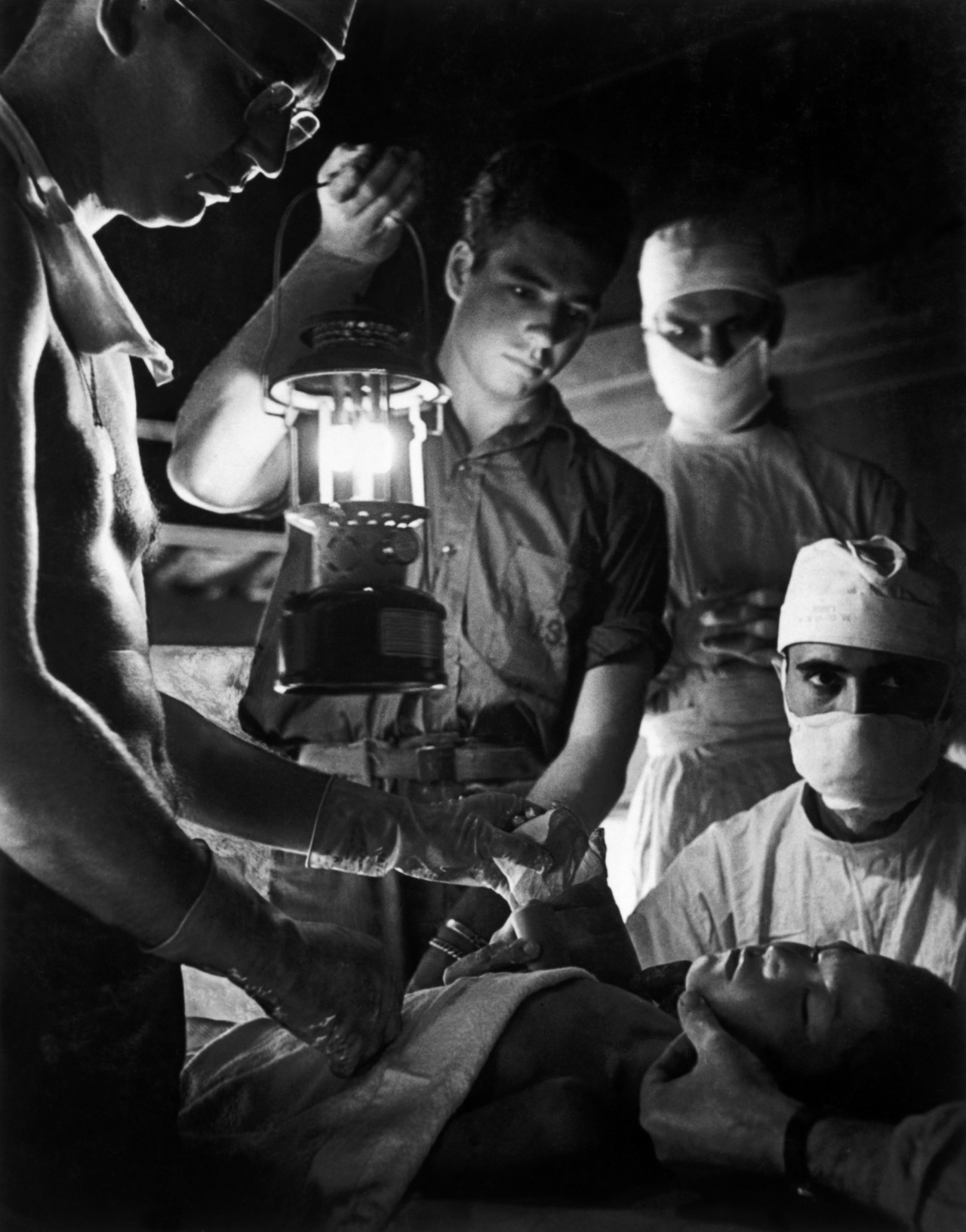 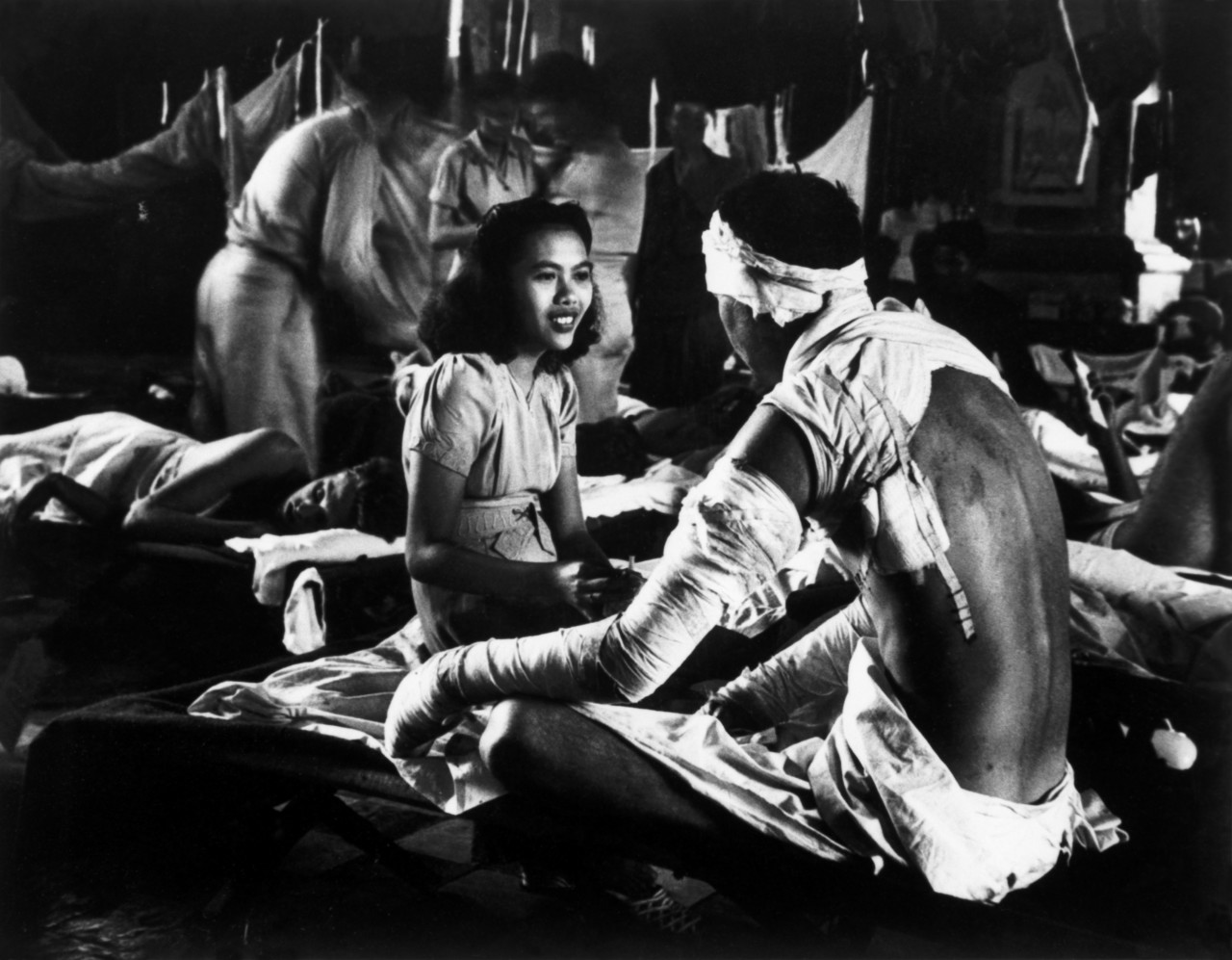 On December 7, 1941,  Japan launched a surprise attack on the US Pacific fleet at Pearl Harbor, Hawaii, propelling the previously neutral US into the Second World War. The bombardment took place in the early hours, with a fleet of Japanese fighter planes bombing the American naval base, killing 2,400 US troops, wounding a further 1,178 and damaging a large number of ships, including eight US Navy battleships. In the several hours following the attack, the Japanese military also attacked the US held Philippines, Guam and Wake Island and the British Empire in Malaya, Singapore and Hong Kong.

The air strike was intended to prevent the US naval fleet from interfering in Japan’s planned military actions throughout Asia. The scale and violence of the bombardment shocked both the American people and Congress so deeply that it incited the immediate entry of the US into the conflict, with the then President, Franklin D. Roosevelt, declaring war on Japan the following day. This marked the beginning of the Pacific War, in which the allied powers, now joined by the US, engaged in a four-year conflict with the Empire of Japan, culminating in the atomic bombings of Hiroshima and Nagasaki, and Japan’s subsequent surrender.

Although no Magnum photographer was there to capture the battle at Pearl Harbor, both Wayne Miller and W. Eugene Smith committed themselves to capturing the ensuing war as it played out in the Pacific. Fought over a vast area, including the Pacific Ocean and Islands, the South-West Pacific, South-East Asia and China, from 1942, Smith travelled to a great number of these islands documenting the dramatic battles taking place as well as the human suffering of both civilians and the American forces with whom he was embedded. Some of his most arresting images were captured during the Battle of Okinawa, one of the bloodiest in the Pacific. Miller spent much of the war aboard US Navy aircraft carriers, including the USS Saratoga pictured here, producing photographs that provide an insight into the day to day experience of the war from the perspective of a navy soldier.

The Allied Air War in Color

The Battle of Saipan

The 75th Anniversary of the Battle of the Bulge 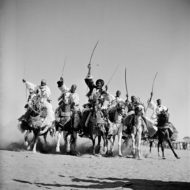 Hassau chieftains demonstrate their superb horsemanship in a “Fantasia”. 1941.